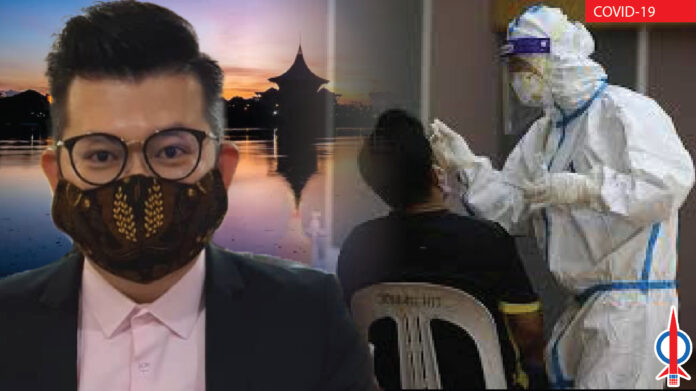 The Health Ministry and Sarawak Disaster Management Committee(SDMC) must ramp up our testing capacity in view of the increasing cases here in Sarawak to give a better picture of the Covid-19 situation as well as be transparent which such data especially when making the decision to impose another round of MCO or not.

Yesterday for the first time in history, every district in Sarawak have recorded a case of Covid-19, showing how widespread the disease is in our community. We have basically failed to take pro-active measures to protect our Green Zones and now every district including those in the rural areas where health facilities are lacking are affected.

However even with such high cases, we are not not testing enough which means that the number of cases can be higher, and it can be even more widespread in the community. Based on known data from yesterday, 4050 tests were done and we recorded 587 positive cases. Which means the positive rate yesterday is 14.49% which is almost triple the recommended rate by the World Health Organisation (WHO) which is below 5%.

Such high positive rate has been consistent for the past week ranging from 8-14% which show we are severely undertesting. The rate of infection per 100,000 population in Sarawak is also one of highest in the nation. If we observe positive cases in Sarawak, there is still a high percentage of sporadic cases or cases that are not linked to known existing clusters. That should how widespread it is in the community.

That is why there is an urgent need to ramp up testing in Sarawak and transparently communicate the situation to the people. One of the keys to contain cases in an area is to ramp up testing aggressively. In doing so, we can initiate containment by detecting cases quickly, do necessary contact tracing and then isolation within the recommended 48 hours.

SDMC should also be transparent with their communications with the public. I understand the need to not create panic, but keeping on the narrative that everything is under control and doing the same old steps over and over again expecting a different result is like burying their head in the sand.

While there are talks of an impending MCO, such decision must be studied properly and based on scientific parameters. I know it is a tough decision but based on data that is known including our infection rate, positive rate and even ICU beds capacity, we may need some form of circuit -breaker in certain district, but maybe not the whole Sarawak. To protect the other district, strict inter-district and inter-zone travel restrictions should be in place.

All set SOPs and regulations must also be consistently implemented and enforced. That is why I strongly disagree with the “exemption” given by SDMC on selective implementation of the Bazaar Ramadhan/Night Markets even in high-risk areas. While i fully understand the economic implication of it, but “double standard” implementation of agreed and fixed SOPs was what caused the spike of cases in Sarawak in the first place.

If there is an implementation of MCO 3.0, there must also be a better exit strategy in place. We cannot keep on implementing MCO and expecting it to address the issue as it comes at a high economic cost. The government should look at also helping all industries that are going to be affected.

Regardless, the public should be properly informed, then be given assurance of all the steps that are being taken to address the issue. In a public health crisis, we need to get the public to trust the system and the best way is to transparent and pro-active in all the measures taken and it is implemented properly without any double standards.