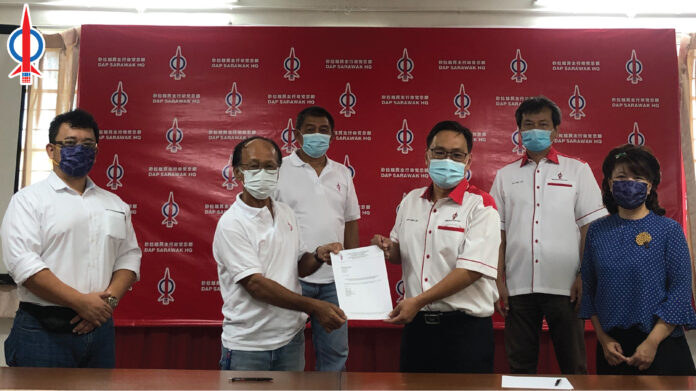 He holds the Bachelor of Economics degree from Westmar University, Iowa, USA. He has vast administrative experience, having been appointed the Chairman of Kapit District Council from 1987 to 1998. Thereafter, the political secretary to the then Chief Minister from 1999 to 2003. He has also been in the Board of Director to State Farmers Organisation and the chairman of SABERKAS Kapit division.

Currently, he is the Chairman of Kapit Area Farmers Organisation which has approximately 7,000 members in the Kapit division. He is also the chairman of the Board of Management of Methodist Primary School Nanga Mujong Kapit and Sarawak Dayak National Union (SDNU) Kapit Branch and Deputy Chairman to Persatuan Kebajikan Penduduk Baleh (PKPB).

With his vast experience and network in the Kapit division, I am sure that he will be a great help to DAP’s rural drive in Kapit and even throughout the whole of Sarawak.

DAP is a multi-racial party but all this along has been demonised by the Barisan Nasional and now the GPS as the Chinese party. No doubt, we have greater support in the Urban area which consist of great Chinese population. Nevertheless, our struggle has always been and is still for good governance, fairness and justice. Such values and ideology are colour blind and race blind.

In fact, for Sarawak, DAP has more Dayak members than Chinese members. What we need is for more Dayak leaders to step forth into the State leadership team.

Therefore, I believe the appointment of Joseph Jinggut is most timely and appropriate. His appointment also has the unanimous support and approval of the Sarawak State committee.