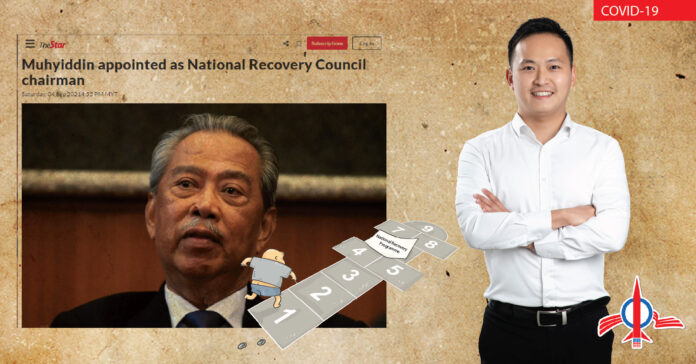 The new Federal cabinet and all the appointments is not only a disappointment but also makes a mockery out of the entire episode which led to the resignation of Muhyiddin Yassin.

The people of Malaysia were upset and frustrated at Muhyiddin Yassin and his entire cabinet for their failures to address Covid-19. This led to the growing number of dissenting voices and opposition. We can see this through the numerous protests and trending hashtags on social media.

When Muhyiddin Yassin resigned, GPS had its chance to redeem itself for supporting the incompetent PN government. However not only did GPS not wake up from its mistakes, it went on to support UMNO’s Ismail Sabri to be the Prime Minister.

Not only is GPS left without any Deputy Prime Minister post that it had been lobbying for, we see the same failed ministers being appointed by Ismail Sabri. With their reappointments, are we not facing another prolong period of incompetency? We have already wasted 18 months under these bunch of goons and now we are expected to continue under their governance until the next general election?

Even Muhyiddin Yassin who had previously failed to lead this country was recently appointed as the National Recovery Council chair with a minister status. How can we have confidence in the same man who led us for the past 18 months into the grave situation that we are currently facing? Remember that Muhyiddin Yassin was the one who failed to implement proper economic stimulus packages and financial assistants for the people. To let him now lead the council for the same task is simply condoning is incompetence.

Ismail Sabri’s leadership has been off to a bad start. With that, Ismail Sabri must now do more to instil confidence towards his leadership and also to allow a united approach towards tackling Covid-19.