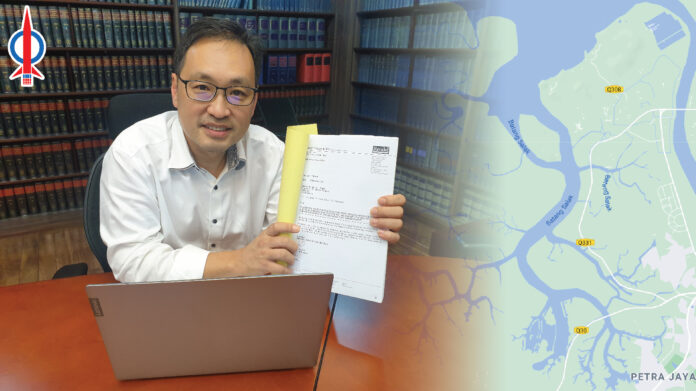 he GPS Government should prioritise the flood mitigation project in Kuching by using State Fund if it can’t get the Perikatan Nasional Government to allocate fund for the said project.

The flood mitigation channel to Batang Salak mentioned by the director of DID was first suggested back in 1991 but for 30 years, the State Government could not materialise the project, thus resulting in the constant flooding problem in Kuching whenever the monthly king tides coincide with heavy down pours.

The State Government should prioritise the construction of this flood mitigation channel as it is affecting hundreds of thousand of people in Kuching and the greater Kuching area. In total, the population of Kuching division is approximately 700,000 which is more than 25% of the total population of Sarawak.

The 2021 Federal Budget was passed by the PN Government in December, 2020, 9 months after GPS made UMNO, PAS and Bersatu the Federal Government. Yet, the bridges along the coastal highway were not provided in the Budget, the repair for dilapidated schools in Sarawak issue died out and still no allocation for the flood mitigation channel.

It just goes to show that the much-touted allocation under the previous BN Government for Sarawak was a non-starter. It was only the verbal announcement of Najib with no actual allocation of fund in the budgets presented by the BN Government.

Despite all these, should the GPS Government truly take the interest of the people in Kuching and also some part of Samarahan at heart, the State Government is able to utilise State Fund to carry out the construction of the flood mitigation project at Batang Salak itself.

I call upon the State Government to put their words into action and utilise State fund for the flood mitigation project in Kuching.

A project that was first proposed in 1991 is long overdue. Moreover, since then, due to climate change, there are now more frequent and heavier rainfalls in Kuching, making the need for the said flood mitigation channel project even more urgent.