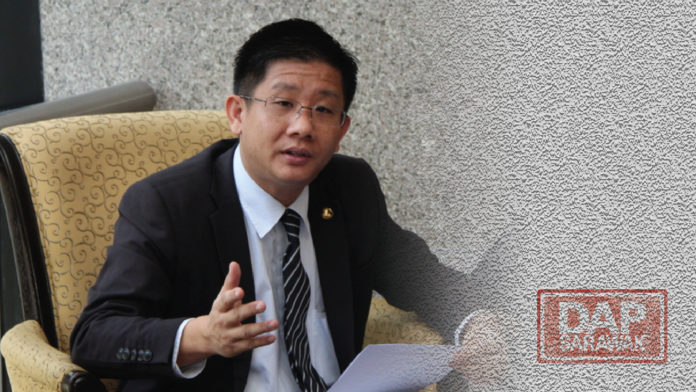 Chief Minister Datuk Patinggi Abang Johari Tun Openg is more concerned on GPS political survival than the interest of Sarawakianby not supporting Federal government’s plan to proceed with the local government elections in 2021. On the contrary by not allowing Local government election just like the previous BN government did which GPS was once part of, GPS are silencing the voice of Sarawakian and depriving us the Sarawakian our right for check and balance and right to appoint those whom we seem fit to run the cities.

It is even more shocking that when the CM rallied the support of more than 700 newly appointed councillors in the state government’s ‘WAR’ against the Pakatan Harapan in the coming state election. This is clearly going against the code of conduct and standards a councillor required to adhere to. They are supposed to be apolitical and not to be used as a political tool to go against the Pakatan Harapan. More often than not most GPS appointed councillors are politically affiliated and are using their positions instead to help GPS gain political mileage.

There is more pressing issue to work on as local Councillors than merely a political tool for GPS to ensure their political survival incoming state election. Doing so will deprive the people they supposed to serve regardless of political affiliation. In many ways, local Councillors represent the first respondents to the problems faced by residents be it clogged drains or potholes, misuse of permit or business licenses for vice activities such as illegal gambling and prostitution and many more. This indeed will demand greater accountability and transparency especially to the people under their jurisdictions.

The new Pakatan Harapan government is serious in combating corruption and installing a clean, more transparent and accountable local government. Many of the past BN ways of administration got to go and to achieve this the appointment of councillors cannot be based on political party patronage. That power has to be given back to the rightful owners, at the hand of Sarawakian themselves. Power of the councils includes granting of contracts, licences, permits and etc, political appointees that dominate local councils if not carefully handle may potentially make it the currency of corruption to indirectly fund party matters or in exchange for patronage.

Restoration of local council election will ensure competency, transparency and accountability which are clearly in the best interest of the people in each constituency. Sarawakian themselves able to choose for themselves by placing their vote for the people they think best served them.

Therefore the Chief Minister claimed that there had been attempts by certain quarters to gain control over Sarawak’s local government does not hold water. Perhaps over more than 50years of ruling, GPS is afraid of Sarawakian dissatisfaction over how the cities are run and thus by giving back the power back to Sarawakian they may not be able to maintain power and control over the administrative, hence GPS political survival is the only thing at stake here.