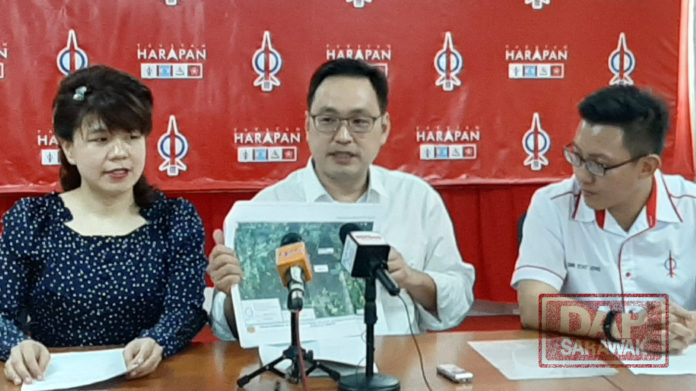 The Public Works Department (JKR) Sarawak has been called upon to utilise a federal allocation of RM20 million to implement the construction of a new access road to link Stampin Resettlement Scheme and Kota Sentosa.

“According to the Ministry of Finance, RM20 million has been allocated this year to build the new bypass road in Kota Sentosa area.

“Even though the project is a federal one, the implementing agency is JKR Sarawak,” he told a press conference here yesterday, adding that the role of the federal JKR was just supervisory.

“As such, I call upon the state JKR to implement this project. So far, I have not heard from the state JKR on the tender,” said Chong, who is Domestic Trade and Consumer Affairs Deputy Minister.

He said if the allocated federal funds were not used, the money would be returned to the consolidated account.

“It is now August, and the tender should (have been) called earlier. I don’t know why JKR Sarawak did not speedily carry out the project.

“But we will follow up on this matter,” he added.

Chong, who is also Pakatan Harapan (PH) Sarawak chairman, asserted that the new link road was a very appropriate project given that it would greatly ease the daily traffic congestion in the area.

Jalan A2 involves the upgrading of the road from R3 to U5 JKR Standard, spanning 4.54km.

Jalan A3 is the construction of a new U5 JKR Standard road spanning 0.52km to link Jalan A2 with Kota Sentosa.

It also comprises acquisition of land, relocation of utilities and improvement of traffic junction.