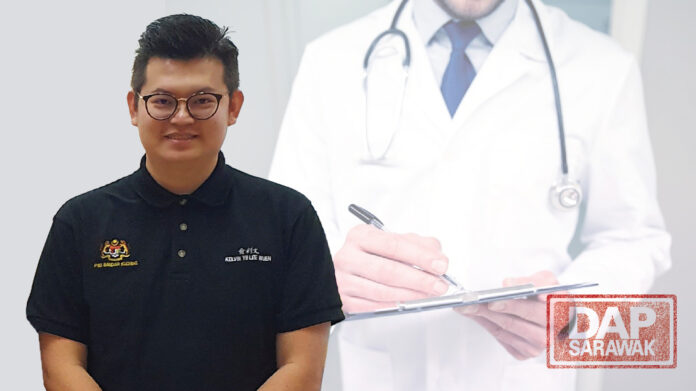 It is regretful to hear a recent statement from the Deputy Health Minister YB Aaron Ago Dagang to claim that “contract doctors should be grateful to the government instead” as he fails to fully grasp the troubles and concerns of these young doctors who played an important role in handling the recent pandemic.

What is even more concerning is how this is coming from a Sarawakian Deputy Health Minister, who should have understand the realities on the ground better.

The government should instead be grateful to these young doctors that risk their lives serving day and night especially during the pandemic to make sure our people are cared for and protected.

The least the government should do now to show appreciation is to offer them a fairer deal and also to give them better security of tenure and also options to further their specialisation, not demand them to be grateful to the government.

Since the beginning, i have been fighting for a fairer deal for them including a longer contract so it gives them an opportunity to specialise and finish their training, on top of allowing them equal opportunities to apply for local universities.

On top of that, it is not accurate to say that we are “flooded with doctors” In Malaysia when the distribution of doctors especially in rural areas including Sarawak is lacking. Many doctors still need to work overtime and double shifts just to fill in the gaps due to lack, putting themselves at risk to infections and also burnout.

On top of that, up to 45% of rural clinics in Sarawak still has no doctors but are only run by medical assistants and nurses. The people living in the rural areas also deserve quality healthcare.

Now with the proposed implementation of shift system in the Klinik Kesihatans, this will further strain the already limited workforce we have in the clinics especially the rural areas which will result in a reduce on the quality of care to the patients.

So i urge the Deputy Minister to better understand the concerns of these young doctors and not speak down on them. One of the main thing this pandemic has shown is how there is an urgent need for more investment into the healthcare system and human resource is one of the important sectors that we urgently need.

These doctors were the backbone of the successful handling of Covid-19 so far which has brought much accreditation and praise to the Ministry. So the least they can do is show appreciation to them to offer them a fairer deal, rather than demand appreciation from them instead.