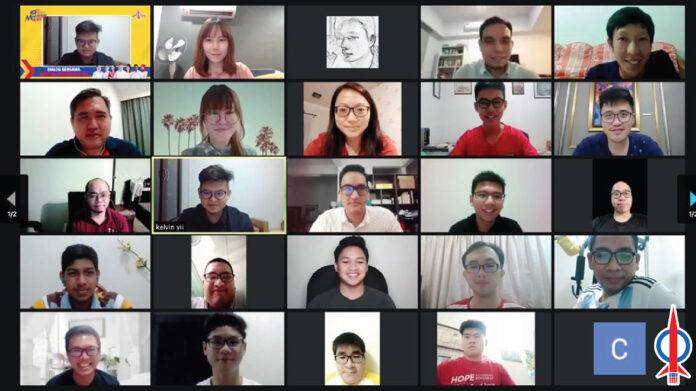 With all the different political turmoil, uncertainties and even disappointment coupled with the current raging Covid-19 pandemic and the clear lack of leadership in managing the crisis, it is fully understandable why more and more people are especially the youth are losing hope not just in politicians, but also the democratic system that was supposed to have uphold their voice and mandate for the country.

This for me, is what is most worrying especially when our young lose hope on the system where many have given their lives to uphold and protect, or even worst, when they give up and do not see themselves in Malaysia’s own future.

But can we blame them especially when there are quarters that abuses it for their own power and position and turn their backs on the voices and mandate of the people?

There is where we need to reflect and change. I strongly believe that the youth are the barometer of the nation, and if we fail to nurture them properly and give them hope, we then have failed our nation.

That is why, to address such disappointments and political apathy, we cannot be going on doing the same thing over and over again, but rather put in an effort to “reset” and shift from the old to the new.

However, it is not enough to deconstruct; we need to replace with better constructs.

The answer to address the bad and toxic politics that is currently plaguing our country is NOT a “pause in politics” but rather the practice of good politics.

Such politics is not defined by age but define by the principles and values that is adhered by the person itself. That is why we have a collective responsibility to build such a culture and nurtured such values including the normalisation of “good politics” within our generation and the next.

That is why, to start this year right, we believe in the importance of engaging the youth and hearing their dreams and aspiration for our nation not just for the year ahead, but also for the direction of our country.

So, through the #GenerasiKita movement, we provided not just a platform for the youth to make their voice known, but also for our political leaders and elected representatives to hear and engage them where they are.

Last night a group of young people as young as 17 years old had the opportunity to share their dreams and aspirations to some of our young elected leaders including YB Anthony Loke, YB Hannah Yeoh, YB Howard Lee, YB Chiong Yoke Kong, YB Arul Kumar, YB Young Syefura, YB Vivian Wong and many others.

The spirit of the engagement was that the youth took control of the conversation rather than the common top-down conversation.

Gone are the days where leaders should talk down to the young thinking they “know-it-all” and merely expecting them to follow. Youth must be treated as equal stakeholders in rebuilding our nation.

The #GenerasiKita movement believes in rising leaders from each generation and working hand in hand across generations in taking ownership over the direction of our country.

Youth can ultimately be the social actors of change in their own generation in bringing a “reset” to politics including breaking the cycle of traditional stagnant, lip-service leadership that has held our country back, into servanthood leadership or leadership for the people.

Youths are the greatest power of the country and ultimately the building blocks of the nation. They are the evolver of social, economic, political, and cultural transformation and the driving force for change in our nation.

Fact of the matter, the stronger the youth are the more developed the nation is.

That is why my hope for especially for this year, is to see the growth of more young, strong, honest minds that can act as the necessary spark to ignite the wind of change in leadership culture in our country.

More importantly, I do hope that more and more Malaysian youth can actually see themselves in Malaysia’s future and take ownership of it.

So, while things may seem dark, always remember light shines brightest in the darkest of places.

While things may be tough, do not lose hope – for the future belongs to the young, brave, and talented. So, lets step up and seize it!

“Politics is not a 100m sprint, it is a marathon. So, in every hurdle or disappointments, do not give up but push through…” – Anthony Loke

That is the value we all believe in and fighting for…
For young leaders to rise in each generation, for our nation.