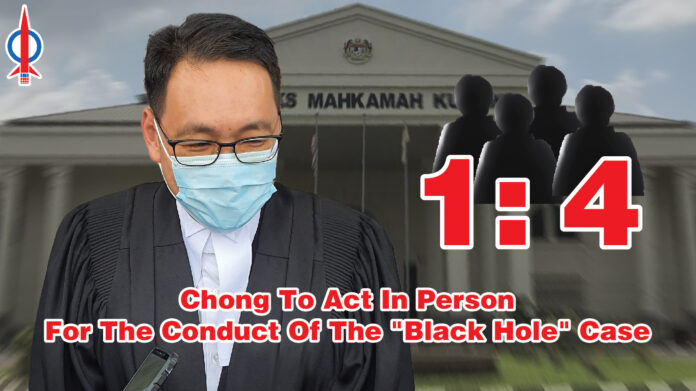 On 8-1-2021 the High Court in the hearing of the “Black Hole” case, ordered that I have to elect one or the other, either to act in person for the conduct of the case, or to act through a legal firm of lawyers.

As such, I strongly feel duty bound that this long unfinished business should be dealt with and finished by me, now that the matter has been brought up for trial in Court.

After a long discussion with my lawyers from M/s. Chong Brothers Advocates, the legal firm acting for me before this, I decided to act in person and take upon the task of cross-examining the Government’s witnesses and set out to finish what I have started in 2006.

With this decision, I will be alone, up against the team of 4 lawyers representing the State Government, though with the back-ground assistance of the lawyers from M/s. Chong Brothers, my father, Michael Kong and Sim Kiat Leng.