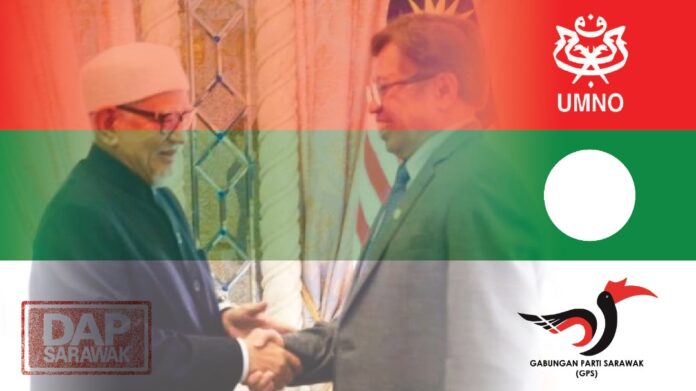 PAS is now showing its true colour with the proposal of “banning the production and sale of alcohol until a solution is found to curb drink driving”. Banning the sale and consumption of alcoholic drink has always been one of the agenda of the extremists in PAS. The notion of curbing “drink driving” is just an excuse used by PAS to further its extremist agenda.

As if not to be outdone, a day after PAS’ proposal to ban the production and sale of alcoholic drinks, UMNO proposes for federal laws to regulate sales and consumption of alcohol (which is within the jurisdiction of the States). The first proposal (PAS’ proposal) encroaches upon our lifestyles and social norms while the second proposal (UMNO’ proposal) encroaches upon the State’s rights.

In fact, this is the second time when alcoholic drinks have been targeted by the PN since the Perikatan Nasional (PN) government was formed less than 3 months ago.

The first time was during the early stage of the imposition of MCO. While food and beverage supply were allowed to operate with certain restricted conditions, Heineken plant was initially given permit to continue production, but its permit to operate was revoked after the UMNO PAS objected to its continued operation. The beer production plant and its operation were supposed to be under the jurisdiction of the Domestic Trade and Consumer Affairs. Though the Minister of Domestic Trade and Consumer Affairs is from GPS, he has to give in to the demands of his UMNO PAS colleagues in the cabinet.

By now, it should be crystal clear to the Gabungan Parti Sarawak (GPS) and all Sarawakians that:

It can never be over-emphasised that UMNO and PAS are able to form the federal government because of the support of GPS. Whatever the claim of GPS, whether it is in the Perikatan Nasional coalition or otherwise, it is part of the federal cabinet and already a component party in government. Sarawakians are not so foolish as to believe that just because the GPS is not in a formal coalition with UMNO and PAS, the GPS is free from blame for the decisions of the UMNO PAS-led cabinet.