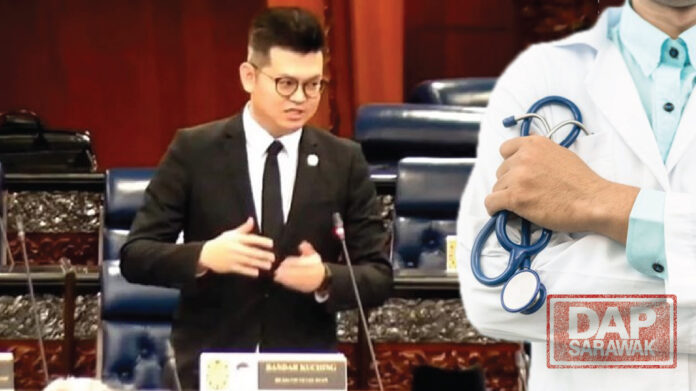 The recent statement by Health Minister YB Dr Adham Baba that Malaysia has WHO Target Of ratior Doctors, Nurses For Universal Health Coverage, may not paint full picture of the reality of the ground especially the needs of doctors in the rural area, especially in Sabah & Sarawak and the orang asli settlement in West Malaysia.

To use merely ratio of doctors to patients to measure Universal Healthcare Coverage in our country is not painting the full picture as even with high ratio, it can also mean that there is a congestion of healthcare workers in the bigger cities especially in the Klang Valley, but lack in the rural areas.

The ratio basically shows the average of whole country, but if we were to look at it at a micro-level, especially state by state, you’ll find a different picture. For example, the official ratio of doctors to the population in Sabah is about 1; 856 and Sarawak 1:662.

If we go on a more micro-level, and even analyse the urban-rural disparity we will get a closer picture. 45.6% or 98 out of 215 rural clinics in Sarawak do not even have a Doctor, and is only run by Medical Assistants(MAs) and Nurses.

If we analyse the different departments as well we will see another picture where there are departments still lacking in manpower. An Auditor General report in 2018 clearly stated that the Emergency & Trauma Department(ETD) are understaffed, underfunded and overworked.

These will lead fo burnouts, which again affect the quality of care given to the patient.

That is why to fully achieve the principle of Universal Health Coverage(UHC), there are other limbs that need to be taken into consideratjon including comprehensive population coverage, adequate health care services and also affordable access to healthcare.

In order to achieve all those, what is more important is actually distribution of doctors and healthcare workers especially in places of needs especially in the rural areas.

That is the core issue that the Ministry has to address including finding ways to incentivise them to work in these places of lack.

That is why i hope the Ministry will not use this ratio as an excuse not to absorbed more healthcare workers into public service as we still are in urgent need of greater investment to public healthcare including our human resource.