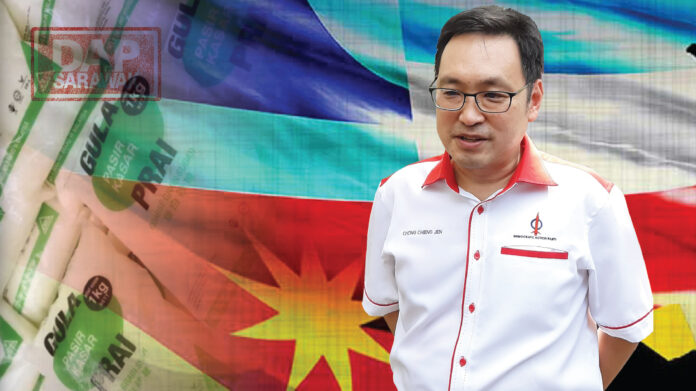 The Ministry of Domestic Trade and consumer Affair has confirmed that it will continue with the open policy for the importation of sugar for food and beverage (F&B) manufacturers in Sabah and Sarawak so that the cost of production for F&B in Sabah and Sarawak can be competitive in both the domestic and international market.

The following is my question in Parliament:

The answer to my question given by the Minister is as follows:

“ The Ministry will continue to allow the importation of sugar by food and beverage manufacturer companies in the country to encourage the production of competitive product for domestic market and international export.”

This sugar open policy was introduced by me when I was the Deputy Minister starting 2019. The rationale of this open policy is simple. The international raw sugar price in January, 2019 was RM1.20 per kg. In Malaysia, there are only two companies operating sugar refineries. Both are selling refined sugar to the F&B manufacturers in Sabah and Sarawak at the price around RM2.70 per kg. By opening up the importation of sugar to F&B manufacturers, they can reduce their costs of production tremendously.

In fact, during my time, ALL F&B manufacturers from Sabah and Sarawak who applied from the Ministry for the permission to import sugar were approved. Not a single application was rejected.

This policy has helped our F&B manufacturers to compete. Instead of buying sugar at the price of RM2.70 per kg from the 2 local refineries, they could directly import refined sugar at the price in the region of RM1.80 per kg. It saved them hundreds of thousand Ringgit in their costs of production.

The second stage of the sugar open policy is to allow the traders to import refined sugar to compete against the 2 sugar refinery companies, so that the consumers in Sabah and Sarawak can buy cheaper sugar.

But it is regrettable that before this second stage of the policy could take off, the PH government has fallen.

The following is the international refined sugar prices:

If the Ministry can implement this second stage sugar open policy, the price of sugar in the retail shops in the country will be at most RM2.00 per kg, not the current RM2.85 per kg.