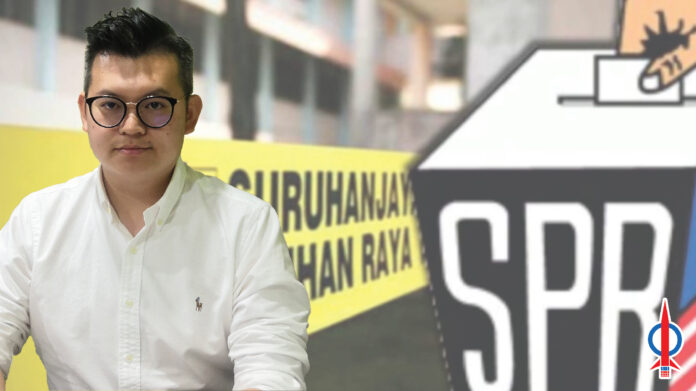 The Election Commission (EC) has not only failed to implement Undi18 and automatic registration at the promised timeframe, but also failed to implement necessary reforms to ensure a safer “pandemic voting process” especially in view of the upcoming Sarawak State Elections.

This is in view of the Sarawak Chief Minister Abang Johari Openg’s intention to seek audience with the Yang di-Pertuan Agong to discuss the timing of dissolution of the State Legislative Assembly, which is due to automatically dissolve on June 6. However currently we are in a nationwide state of emergency until 1st August where elections, Parliament and State Assemblies have been suspended.

While it is also stated that having a state election soon was not a priority, but it is important that such discussions consider the importance of having the right electoral reforms and safeguards in place to protect the people even before deciding on a date and time for the election.

I have been consistent with the stand that we should not be having an election during this period and priority should be given to control the pandemic and uplift the people’s economy.

Fact of the matter is, having a conventional general election this year would be disastrous.

So, while the State has set a target of August to vaccinate 80% of the population, I have my doubts due to low rate of registration, low vaccine supply as well as up to 20% of our population are below 18 years old who are currently contraindicated to take the vaccine.

Either way, we should not be looking at an election until most of the population is immunised, and the required electoral reforms implemented to give some form of protection during the voting process especially for the high-risk groups.

That is why the EC, who had more than a year to prepare since the start of the pandemic, has clearly failed to take pro-active steps and reforms to ensure a “safe pandemic voting process” even with full knowledge that the Sarawak State Elections was due this year.

The Election Commission (EC) should have looked into certain adjustments and procedural reforms, especially in implementing the necessary safety SOPs, including absentee voting or extending postal voting to either vulnerable populations or those working or studying outside their home states, especially in Sabah and Sarawak.

Absentee or postal voting will make it easier for voters residing in other states to vote, instead of them having to return home and causing a spike in the number of Covid-19 cases, as what has happened in Sabah.

I strongly believe that in view of the pandemic, it is the EC’s duty to make it as convenient and safe as possible for voters to cast their votes. Any inconveniences imposed on voters either directly or indirectly through unnecessary regulations or non–availability of facilities can be construed as a suppression of the fundamental rights of a voter.

Such reforms are important not just for the pandemic, but also to encourage more voter participation including young people, especially for elections held in Sabah and Sarawak. Many Malaysians, including Sabahans and Sarawakians, are compelled to find jobs far from their homes due to unequal economic development among the states.

It is estimated that up to 20 per cent of eligible Sabahan and Sarawakian voters are living and working in Peninsular Malaysia and a good number of citizens from the peninsula are doing likewise in Sabah and Sarawak.

Therefore, I am calling on the EC to expedite the necessary reforms to ensure a safer election process and implement it even before the upcoming Sarawak State Elections. A failure to do so would mean that they have failed not only to prioritise the safety and protection of the people during a pandemic, but also failed to uphold the fundamental democratic principal to by removing any obstacle for people to come out to vote.