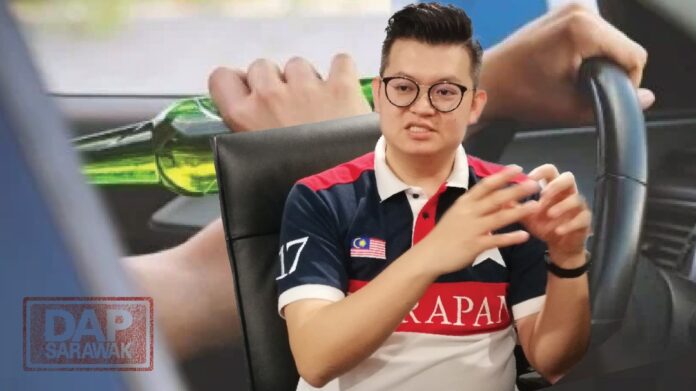 PAS’ call to suspend alcohol until the issue of drunk driving is resolved is not only absurd, but also defy the common logic. Based on the same logic, we may as well ban cars since they are the main cause of road accidents.

While it may defy logic, but their calls must not be taken lightly as they are part of the Federal Government and form the biggest bloc under Muafakat Nasional.

The issue of drink driving is an important issue that we need to seriously address. No one has the right to endanger another Malaysian of his or her life by drink driving.

However the issue is complex and real long term solutions through a combination of proper education, incentives, social messaging, engagement and of course heavier punishments.

Under the previous Pakatan Harapan Government, the former Transport Minister YB Anthony Loke has proposed that fine for dangerous driving under the influence of alcohol to increase to RM100,000.00 under the Road Transport Act and an increase in the jail sentence for such offenders to a maximum of 20 instead of the current 10 years.

This was agreed by the Cabinet and the Former transport minister was schedule to present the amendments to Parliament in the first quarter of the year.

Laws concerning dangerous driving under the influence of alcohol, or any other type of substance, ought to be strengthened and greater empowerment given for enforcement purposes, but banning it outright is not a comprehensive approach to the matter. It is missing the forest from the trees or administering the wrong treatment for the disease.

Greater emphasis ought to be given towards educating the public on the dangers of drink driving and alcohol abuse in general to avoid more incidents of alcohol-related accidents on the road.

All this can be done without infringing the rights of others. This issue must be dealt with holistically and should be be tainted through any divisive racial or even religious sentiments.