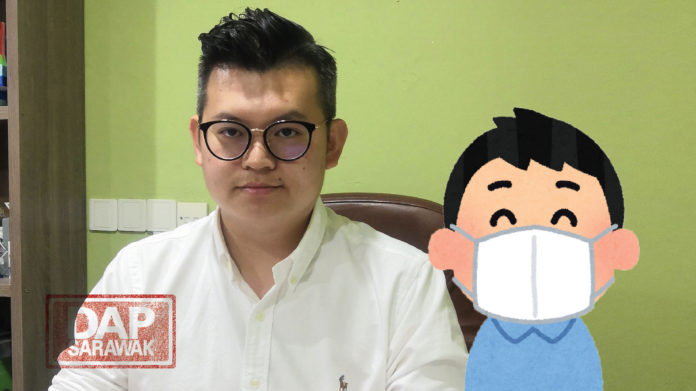 I encourage members of the public to dispose of their face mask and even hand gloves properly as leaving used masks lying around can pose public health risks to others around.

We have often received complaints from the public on how they have seen face mask and even hand gloves just thrown on the street and some even left it on the supermarket trolly.

This is not just a bad habit, but also very irresponsible as you may put someone else in danger and the risk of exposing them to an infection.

The risk is especially true, especially for those mask that have been used or soiled or have a “large amount of respiratory secretions” on them, as it could be a potential health hazard should others come in contact with it.

The COVID-19 virus or even other bacteria can survive on the mask for hours thus risking others who come in contact with it during that period of that.

The best way to dispose of the mask is actually to properly fold it, cover it maybe with a tissue and throw it in a proper bin.

One should always wash our hands before taking off the mask, as touching one’s face with unwashed hands heightens the risk of illnesses.

After that, one should take off the mask, and fold it in half inwards, such that the droplets from the mouth and nose are not exposed. Then, fold the mask into another half, and then another half, until the mask looks like a roll. The mask can also be wrapped with its ear loops so that it will not unravel.

So we all play a role to fight this virus and good personal hygiene not just involves the cleanliness of our own body, but also good practices to not spread the germs around through proper disposal of our face mask, gloves or personal items that may be exposed to our droplets.