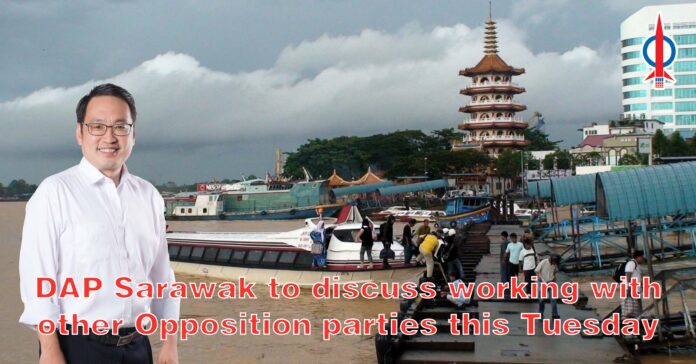 DAP Sarawak will meet in Sibu on Tuesday (5.4.2022) to discuss the possibility and mode of working together with the other Opposition parties in Sarawak for the 15th General Elections. On that note, the Sarawak DAP has the full autonomy to decide which political party in Sarawak to work with in GEs.

From the results of the 2021 Sarawak Elections, it is obvious that there is a need for the major Opposition parties in Sarawak to work together to take on the GPS.

No doubt, regionalism sentiment was strong in the 2021 Sarawak Election. However, the results in the Sarawak Election also shows that purely fighting on regionalism politics will not get a party anywhere. In the last Sarawak Elections, PSB contested 70 seats but won 4 while DAP contested 26 seats winning 2. The candidates of all other so-called local opposition parties lost with most of them losing their election deposits.

Even with the strength of GPS which won 76 out of 82 state constituencies, it still has to join force with national parties in order to have an impact and footprint in national politics, what more to say the other local parties in Sarawak. The drawback of the GPS’s choice of alliance is that it chooses to form the coalition with the parties that advocate racism and religious bigotry, i.e. UMNO, PAS and Bersatu.

Therefore, in strategizing for General Elections, while we address the regionalism sentiment and local party issue, the importance of a national party with national platform must not be overlooked. This is especially so when we are talking about national politics in General Elections.

With all the committee members of DAP Sarawak being Sarawakians and having autonomy over matters in Sarawak, DAP Sarawak is as local as any local party, but with the advantage of having a national platform and the backing of a whole solid national party. It is only through this national platform that we can change and shape national policies and the future of our country.