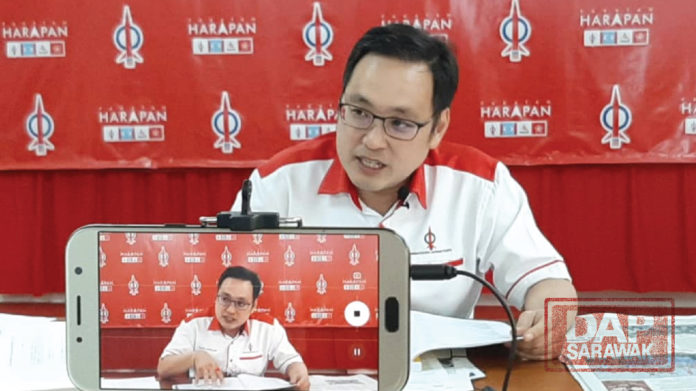 DAP Sarawak maintains its stand that the Jawi script calligraphy be made optional as that is the views of the great majority amongst the people in Sarawak.

To reply to Tiong King Sing’s allegation against DAP over the issue, I state as follows:

1.It is the Barisan Nasional BN government which has created all this mess when the BN government made the policy decision to introduce Jawi script calligraphy in SJKCs and SJKTs Bahasa Melayu syllabus in 2014 with the view of implementation in Primary 4 in 2020.

2.Had there been no change of government in 2018, the new syllabus would definitely be implemented and all objections would be met with extremist racist acts of UMNO and UMNO youths to be followed by official suppression and even police interrogations and/or arrests. In the past, when such sensitive issues was voiced up by the Chinese community or the educationist, immediately there would be demonstrations and some intimidating violent acts by the UMNO youths in attempt to silence such dissenting voices.

4.It is fortunate that we had a change of government. Under the new PH government, there is no suppression of dissident voices and no UMNO-type of racist demonstrations and acts to counter the objections. Under

the new PH government, we accept strong and open objections and criticisms, and we argue amongst ourselves in civilised manner without any such hooligan acts of the past UMNO youth by our PH partners.

5.DAP does not run away from taking responsibility, we take the criticism and did the best to correct the wrong committed by the others. This is very different from the previous government.