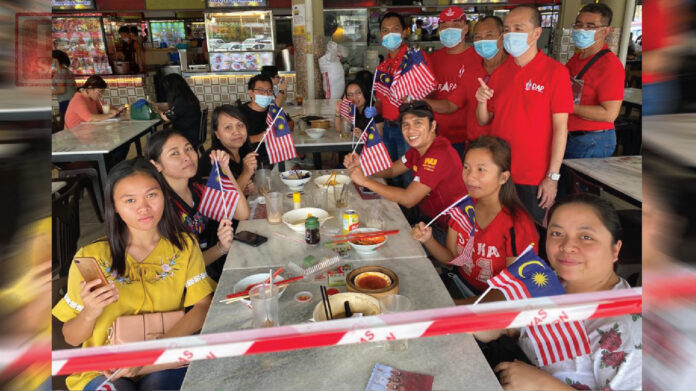 For Sarawakians, Malaysia Day is very important because it commemorates the struggle of our founding fathers who made the right decision to bring Sarawak, North Borneo, Singapore and Malaya to form the Federation of Malaysia. However, some of the rights bestowed to Sabah and Sarawak before the formation of Malaysia has slowly and systematically been downgraded by the local parties.

Since the formation of Malaysia, DAP has been the only political party that consistently embraces multiculturalism, multilingualism and multiracialism in this country. Apart from that, DAP has been proven in track record for defending the state’s rights as shown by its past and present Members of Parliament (“MPs”). Based on the Parliament Hansard, DAP MPs was the one who object to the 1976 Constitutional Amentment which downgraded the status of Sabah and Sarawak from equal partners to merely 12th and 13th states within Malaysia when the motion was debated on July 12 and July 13, 1976. Back then, none of the MPs from Sarawak dare to stand up to oppose the bill. Surprisingly, it was the opposition MPs who was the one to oppose the bill. They were Lim Kit Siang, Dr Tan Chee Khoon, Farn Seong Than and Lee Lam Thye.

When Pakatan Harapan (“PH”) took over the federal government from Barisan Nasional (“BN”), the then the ruling party had tabled a motion to amend Article 1(2) of the Federal Constitution which was to restore the status of Sabah and Sarawak as equal partners in Malaysia. Unfortunately, it was never materialised because it felt short of two-thirds majority supports in the Parliament. To amend the Federal Constitution, the bill needs to get two-thirds majority supports from both lower chamber (“Dewan Rakyat”) and upper chamber (“Dewan Negara”) before being received the Royl Assent.

Not only that, the majority MPs from Sarawak, particularly the Gabungan Parti Sarawak (“GPS”) did not support the bill. Had GPS supported the bill tabled by the then PH government, Sabah and Sarawak would have been equal partners within Malaysia now. The only local party that supported the bill from East Malaysia was Parti Warisan Sabah (“Warisan”). This just goes to show how the local party in Sabah put the people’s interests first. Unlike GPS, who called themselves as the defender of Sarawak rights, they had never shown any interest to restore the status of Sabah and Sarawak as equal partners.

As such, we would like to invite our fellow Sarawakians from all walks of life regardless of their races, religious convictions or political affiliations to rally behind DAP to defend the state’s rights and to restore the status of Sabah and Sarawak as equal partners within Malaysia in the next coming state and general elections.