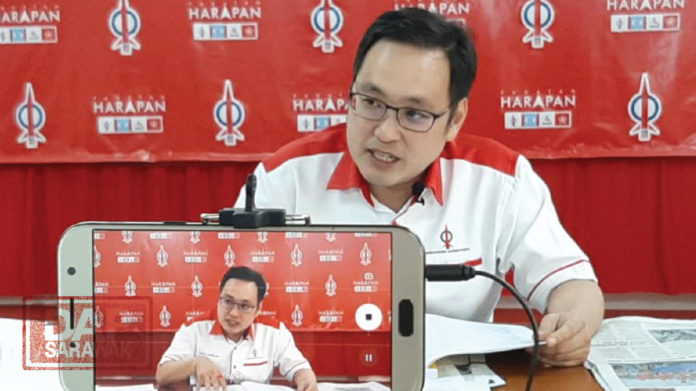 DAP Sarawak took the position that the Government has no legal standing to sue anyone for defamation. This is the law in most developed countries, including the United Kingdom which Malaysia’s defamation law evolved from. The rationale that Government has no legal standing to sue for defamation rest upon the fundamental democratic rights that Governments are elected by the people through the democratic electoral process and thus must be open to all criticisms.

It is the duty of all governments to be accountable to issues raised in respect of its financial management because governments are managing people’s money and not hide behind defamation suits to shut out criticisms.

The State Government took the position that the Government has the legal standing to sue for defamation.

This legal issue went all the way up to Federal Court which decided that the Government have the legal standing to sue and the Federal Court imposed costs of RM100,000 on me notwithstanding the issue raised was on the matter of public interest.

The federal court decision is definitely a setback in the process to promote freedom of speech.

With such federal court decisions, comments and criticisms like “the Government discriminates against certain people”, “this is a corrupt government”, “this is a heartless government” are all open to defamation suits.

Though we DAP is now part of the Federal Government, we do not want to take advantage of such unreasonable precedent and if needed, we shall push for an amendment of the law to specifically exclude Government’s legal rights and standing to sue for defamation.

As for the “Black Hole” case, now that the Federal Court has decided that the State Government has the legal standing to sue for defamation, the trial must go on. As this is an important case involving the questioning of the whereabouts of billions of State funds, we have a team of lawyers involved, including some leading constitutional lawyers helping in the case.

We also anticipate that the matter will continue for a long time and will involve high costs, including the payment of RM100,000 costs already imposed by the Federal Court.

DAP is left with no choice but to organize the fund-raising dinner to raise the legal fund to continue with this long-haul legal battle.

We appeal to the public for all your support and also thank you for all your past support in our party’s course.