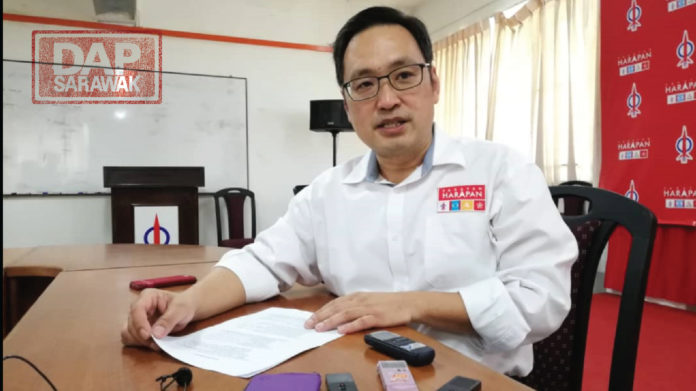 It is regrettable that the PKR trio Baru Bian, Ali Biju, and Willie Monyin have chosen to quit PKR and Pakatan Harapan and join with UMNO and PAS trying to form a new government. This is not only a betrayal to PKR but also betrayal of the trust of the voters who in the 14th General Elections have voted Pakatan Harapan in as the Federal Government.

Their alignment with Azmin’s faction to topple the democratically elected Pakatan Harapan Government has brought chaos to the country and paralyze the whole government.

With the exit of the trio from PKR Sarawak, we expect a re-alignment of the Sarawak PKR leadership.

Given the recent political development, the change of Sarawak PKR’s state leadership and exit of Parti Pribumi Bersatu Malaysia from Pakatan Harapan, the PH Sarawak will meet in the near future to decide on the next course of action.

I believe that having gone through this turmoil in recent days, Sarawak PH will be more united and resolute to face the coming State Elections.

I assure the people of Sarawak, come what may, the PH Sarawak will always stay true to its original political struggle to bring reforms to Sarawak and Malaysia for betterment. The departure of a few leaders from the PH component parties will not deviate the whole PH Sarawak from its course.

As for DAP Sarawak, I am pleased and proud to say that all DAP Sarawak elected representatives, both Members of Parliament and State Assembly members, are steadfast with the party through thick and thin.

The Sarawak DAP members, as well as the members of AMANAH and those remaining in PKR, have also shown great strength and undivided support for the leadership in these difficult and uncertain times.