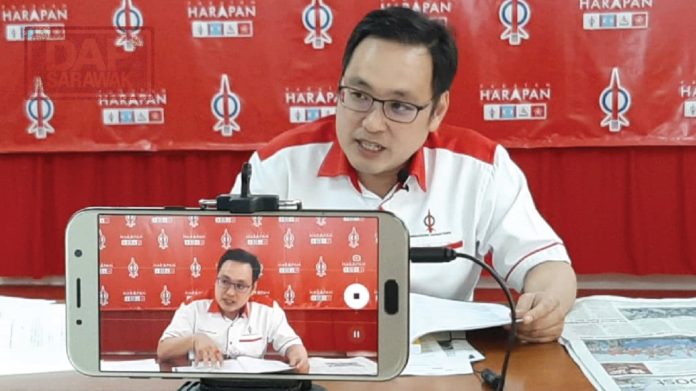 This is the time for Sarawak Government to utilise part of its RM31 billion reserve to save the Small Medium Enterprises in Sarawak by subsidising 50% of wages of all employees of business in Sarawak adversely affected by the covid-19 pandemic.

The economic stimulus package announced by the Prime Minister is a huge disappointment for the SMEs in Malaysia. Never has any announcement of economic policies in Malaysia generated such anger amongst the SMEs.

The SME companies have to continue paying the full salaries of their employees, yet the Government is giving nothing to compensate the loss suffered by the SME due to the Movement Control Order (MCO and the dire state of economy resulting from the covid-19 pandemic.

Even the meagre RM600 subsidy for employees is premised on the condition that the employer suffers more than 50% drop in revenue since January, 2020 and it only covers those employees whose monthly salaries are less than RM4,000.00. Furthermore, when all economists are expecting the covid-19 triggered economic recession will last up till the end of the year, this wage subsidy will only be provided for a period of 3 months.

Immediately after the announcement of the stimulus package, the president of Malaysia SME Association Datuk Michael Kang predicted that at least 50% of the SMEs in the country will close down and 4 million employees will lose their jobs. If that is not enough to sound the alarm for the Government, the Malaysia Institute of Economic Research (MIER) has also predicted approximately 2.4 million will lose their jobs due to the present recession triggered by the covid-19 pandemic.

SMEs is the backbone of our country’s economy. The effect of the SMEs closing down will not only be felt amongst the SME sector but will severely impact the other non-SME sector. If SMEs falls, the economy of the whole country will fall. That is a fact that the Government must always keep in mind when formulating economic stimulus policies.

In Australia, the Government is now proposing a fortnightly wage subsidy of AUD1,500 for 6 million workers. In UK, the government will pay up to 80% of the salary of workers if companies keep them on their payroll, rather than lay them off as the economy crashes. The extraordinary payments will be worth up to a maximum of £2,500 per month, just above the median income. (Malaysia’s median salary for 2019 is RM2,415)

Therefore, with the present stimulus package, the Government (both the Federal and the State) is literally letting the SMEs fend for themselves in this unprecedented health and economic crisis of mankind.

If the SME falls (which will be a certainty without any government assistance), there will be recession, high unemployment rate and high inflation (due to massive loss of production). This will in turn lead to social disorder.

DAP Sarawak thus proposes, if the Federal Government won’t review its stimulus package to give assistance to our SMEs, at least, the State Government should inject funds to help our Sarawak SMEs by subsidising 50% of all the employees’ wages in Sarawak for the next 6 months. This is to help business to sustain and minimise retrenchment. We estimate that with proper strategy and implementation of such wage subsidy, an approximate RM5 billion will be more than sufficient.

Sarawak government has a reserve of RM31 billion. Reserves are meant for rainy days. We are now in a mega storm. This is the time to utilise the reserve fund to help our people. DAP Sarawak will definitely support the bill to utilise such fund when tabled in Dewan Undangan Negeri.