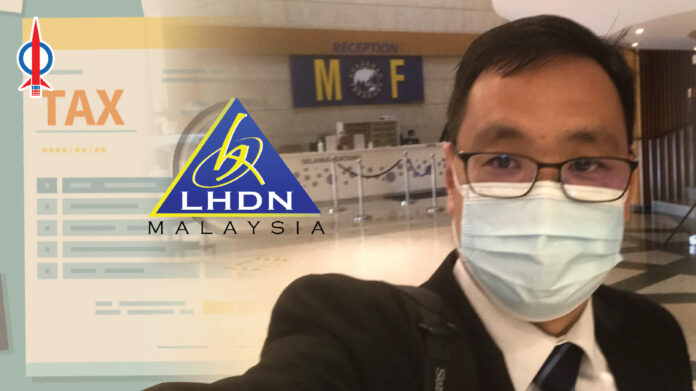 I have today personally submitted the appeal to the Minister of Finance against the oppressive and unfair tax collection practice of Inland Revenue Board (IRB) in going beyond 7 years (up to 20 years) against a taxpayer, Mr. Tsai.

This may be a case that is personal to Mr. Tsai, it may also happen to anyone of us who has a parcel of land and may in future wish to sell to a developer in exchange for some houses built by the developer on the land. Furthermore, the oppressive and unfair act of IRB going after a taxpayer beyond the 7-year limitation will also affect anyone carrying out legitimate businesses or earning legitimate income.

On 17-11-2020, Mr. Tsai was issued the notice for the following additional taxes in respect of the Years of Assessment hereinbelow listed:

The additional tax arose because in November, 2020, the IRB re-classified the “Real Property Gains” in the disposal of Mr. Tsai’s land during those years to his “personal income”.

Therefore, despite Mr. Tsai having had during those years submitted the Real Property Gains Tax returns to the IRB and had, in some cases, paid the RPGT on the gains, the IRB now turned around and re-classified the “gains” on the disposal of land to “personal income” and imposed additional income tax.

A clear illustration of the effect of such re-classification is as follows:

In the case of Tsai, notwithstanding that the re-classification was only done in 2020, he was immediately imposed a 45% on the additional tax which was imposed on him because of the re-classification by IRB. This is not a case of tax evasion but that Mr. Tsai has fully complied with the law by reporting to the IRB his transaction on the land and the IRB has during those years accepted them as Real Property Gains.

It is only now that the Government is in dire need of money that the IRB turned around to re-classify the “Real Property Gains” as “Personal Income” and started taxing Mr. Tsai and along with it the 45% penalty.

In fact, under the Income Tax law, a taxpayer is only obliged to keep his accounts up to 7 years. This was made very clear during the Pakatan Harapan government’s time. But the Perikatan Nasional Government seems to have a different view.

If the IRB were allowed to re-classify transactions entered into 20 years ago and start taxing the taxpayer, this will impose too heavy a burden on the taxpayer and is most unfair. In the long-run, to the macro-economy of the country, such oppressive and unfair tax practices of IRB will also deter investments in the country.

As such, I view the case as one that has a wide-ranging effect against the people and the country’s economy as a whole and thus personally submit the appeal to the Minister of Finance.