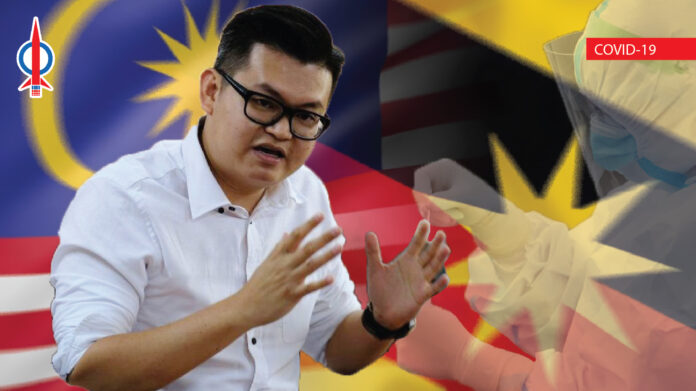 The Federal and State Government should be more open with the current management of the Covid-19 pandemic in Sarawak including being transparent with important data and parameters so that we all can get a better picture of the disease burden and spread of disease in the State.

Detailed Covid-19 data beyond the daily numbers and new cluster must be made accessible to ensure quick, informed decision-making across all sectors including for public to better understand the decisions that is being made by the government including the implementation of MCO or CMCO in any region in Sarawak.

This is important to raise confidence among public which will in turn translate to better compliance and understanding from the public. If they understand it better, they will follow better.

With the announcement of MCO being implemented in Kapit even when it is still classified as orange, its pertinent the government is transparent with the justification of its decision to do some in comparison to other parts of Sarawak which are red and have much higher rate of cases.

Will we see a sudden increase of cases in next few days in Kapit possibly due to the backlog, justifying the decision to implement the MCO?

The public should be educated on the justification on the decision to avoid unnecessary panic and confusion as well as it has far-reaching consequences including effects on the economy. I also urge the government to properly implement this MCO with clear SOPs that are effectively communicated to the public so that there will be no confusions or inconvenience like how it was in Sibu when first implemented.

If it is not properly implemented, it will not achieve its aim to curb the spread of the disease but will still take a toll on the economy of the area, especially affecting the poor inlcuding daily paid workers.

While I understand it may be due to it rural demographic and lack of healthcare facilities in those areas, but it will be useful for the government to publish data including daily Rt values for that region and every region in Sarawak transparently so that we can better understand the justification for any of such decision.

This helps us to be more aware of the infection control standpoint in that particular area.

The Rt value by state can and should also be used as an indicator on when an MCO should be declared for district in the State and when it should be changed to MCO, CMCO or an RMCO.

Currently, the daily focus has primarily been on the total number of new daily Covid-19 cases. While this number is important, we also need to know the total number of tests which are being done daily and the percentage of positive cases every day. This will give us an indication of our testing capacity, the daily infection rate and whether we are testing enough.

According to the WHO, the threshold of “percent positive” is 5%, and if positive rate is higher, it shows that we are not testing enough. The percent positive is a critical measure because it gives us an indication how widespread infection is in the area where the testing is occurring—and whether levels of testing are keeping up with levels of disease transmission.

In the case of Sarawak, we should report it in every region and district, rather than a lump sum for the whole State to get a micro understanding of each district so targeted decisions can be made.

At what capacity are we testing in the main areas now especially in Sibu, Bintulu, Miri and Song which are recording high number of cases?

How long are the backlogs for cases coming out of the labs and how fast in the interval for contact tracing in those areas? If the backlog is longer than 24 hours, what is the government doing to address it?

At end of the day, I strongly believe that all these data must be made available publicly in spirit of transparency to instil public confidence. This is to make sure that approaches and decisions by the government is backed by the science and data and is pragmatic to be carried out on the ground to encourage greater cooperation from the public.