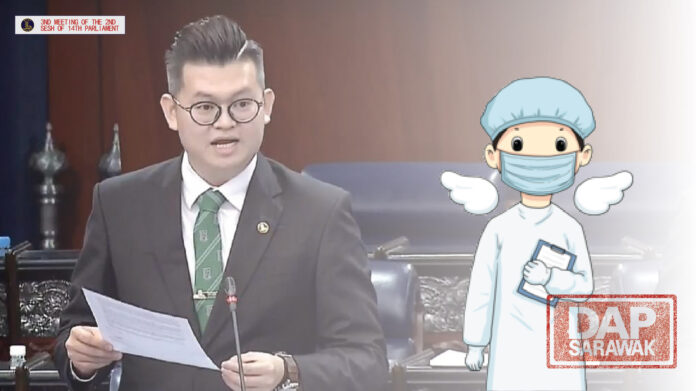 I am saddened to see the current response by the Health Minister YB Dr. Adham Baba and direction of the Ministry of Health is taking to ask the contract medical officers to pay their own way for Specialisation on parallel pathways abroad as they’re currently not eligible for a government scholarship. This shows a lack of interest by the Ministry to properly address this issue and to offer a fair deal to these contract medical officers.

The Ministry went on to elaborate that there are 23,928 permanent medical officers have not yet pursued specialist study, with the Ministry of Health (MOH) considering this amount suitable for the number of extra specialists it needs.

However, this opens up the core question on the selection criteria of these permanent post for these medical officers, whether those selected on permanent post are considered better, and more competent compared to those under contracts.

This calls the need for the whole selection to be more transparent so that there is not only greater certainty in selection, but also to remove any ‘perception’ of favouritism, bias, or even discrimination in selection.

We must ensure for the growth of our healthcare system, every one that is eligible, competent and very importantly interested and committed to be trained as specialist to be given that opportunity, even those under contracts. It is merely a policy decision by Ministry of Health, JPA and also Ministry of Higher Education, to allow such opportunities to be given to all our medical officers.

The call of them to pay for their own parallel pathways or specialisation programs also will not solve the problem, because in many cases, their contract duration is not long enough to complete the full program, get the needed training as well as to be gazzeted by the Director General(DG).

So unless they are allowed to be given an extended contract, even if they pay their own pathways, it is insufficient.

That is why i call upon MoH to offer a fairer deal for these young doctors, give them an opportunity to apply for specialisation and offer them permanent posting upon completion to address the lack of specialist all around especially in Sabah and Sarawak.