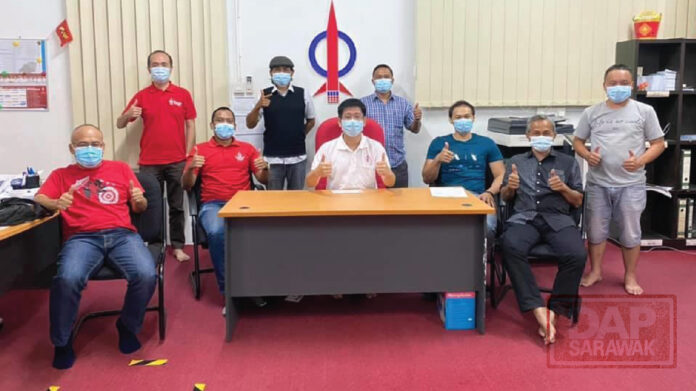 Abdul Aziz Isa has been re-elected unanimously as the DAP Batu Kitang Branch Chairman when he won unopposed for the second consecutive term during the branch Annual General Meeting (“AGM”).

At the AGM, the newly elected committee members unanimously approved a resolution to urge the Sarawak government and the state Land and Survey Department to expedite the application process of more than 300 applicants from Kpg Tematu and Kpg Semeba to obtain their land titles. This is because the issue in obtaining land title has yet to be resolved in the past 18 years.

Additionally, DAP Batu Kitang also urged the Sarawak government and the Kuching Water Board (“KWB”) to hand over two plots of land in front of Masjid Darul Ehsan and Block C to Kpg Haji Baki. This is because these two plots of land have turned into a haven for drug addicts. This matter has been raised repeatedly but has yet to receive any attention from the authorities. Subsequently, the residents of Kpg Hj Baki have verbally requested KWB to hand over the two plots of land in order to build a recreational center which includes a multipurpose hall, leisure area and car park.

Abdul Aziz will be assisted by Jack Murch James who has been elected as the new Vice Chairman.

Meanwhile, Mary Joycelyn Dahop and Jemain Ibrahim each managed to retain their positions as Secretary and Treasurer respectively.

Below are the details of the new line-up of the DAP Batu Kitang Branch Committee: