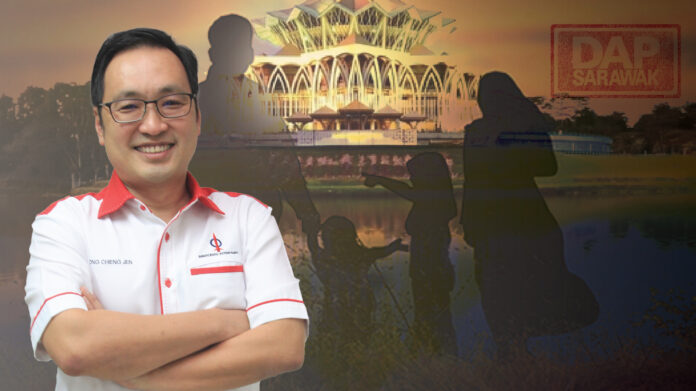 Sarawak, a rich state but poor people. The Sarawak State government boasted a reserve of RM31 billion yet Sarawak is ranked 3 rd highest number of poor families amongst the 13 states in Malaysia, according to the latest report by the Statistic Department of Malaysia.

In the Household Income and Basic Amenities Survey Report 2019 released by the Department of Statistics Malaysia on 10-7-2020, both the mean and median household income of Sarawak is way below the national averages.

In terms of the poverty rate, Sarawak is much higher than the national figure. The incidence of families below the poverty line income (PLI) of the whole nation in 2019 is 5.6%, while the figure for Sarawak is 9%, a much higher rate of poverty. Sarawak has the 3 rd highest incidence of families under the PLI, after Sabah and Kelantan. Taking Sarawak’s population at 3.2 million in 2019 and the household size of 3.9 taken by the DOSM, that means that there are approximately 820,000 households in Sarawak and out of the number, 73,800 families live below the PLI (earning less than RM2,208 per month).

It simply doesn’t make sense that the State Government has the highest amount of reserves amongst the 13 states in Malaysia and yet we have so many poor families in the State and our median disposable household income is only RM3,994.

If we compare the figure with the 2 States with the highest median disposable household income, namely Selangor (RM6,837) and Johor (RM5,516), the reserves of these state governments as at 31-12-2018 were only RM3 billion for Johor and RM2.1 billion for Selangor, less than 10% of Sarawak’s RM31 billion reserves, yet their people are far richer and earn much higher income than us.

There are only 2 possible explanations for such an anomaly of “Rich State Poor People”, ie.:

Abang Jo as the Chief minister and also the finance minister of the State, has a duty to address and be accountable to the people of Sarawak, this dichotomy of “Rich State Poor People”.

Furthermore, the recent few multi-billion projects announced by Abang Jo will exhaust the RM31 billion reserves in no time, namely the second trunk road, the coastal highway, the 5000 telco towers, hydrogen bus project, the LRT project or now the ART project, the several airports proposed to be built by the State, the proposal to own an airline, and the latest proposal to own a mobile internet service provider company.

Save for the construction sector, these projects have no ostensible impact on the local SMEs and the small traders. They will also not improve the median disposable household income of the great majority of Sarawakians. The government should move away from these mega projects and focus on helping the SMEs and small traders in the State.