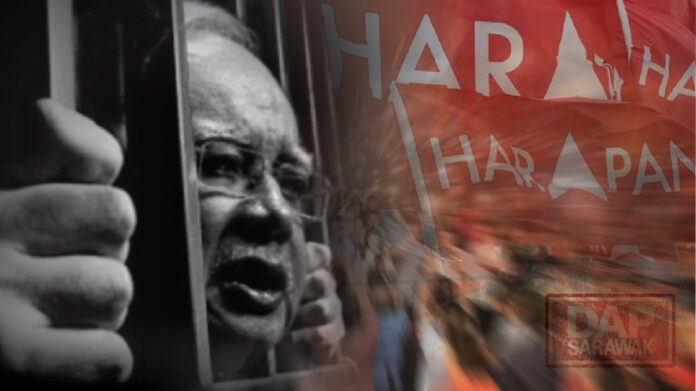 Once again, the vote for change on 9th May 2018 has shown to be not wasted.

The High Court yesterday convicted Najib on all the 7 counts of charges of abuse of power, money-laundering and breach of trust and sentenced to 12 years imprisonment and fine of RM210 million. This is the first of the many other charges against Najib in relation to the 1MDB case.

This would not have happened if there were no change of government in 2018.

In the last few weeks, in relation to the 1MDB scandal, the PH’s effort has produced the following results:

If there was no change in government back in 2018, all these would not have happened. Not only that the country would have lost the billions, we would still have a corrupt person, the centre figure of a global money-laundering scandal as our prime minister who will continue to plunder our country’s wealth.

For that, I would once again thank the people for voting for change in 2018. Your vote for change back in 2018 has once again seen its worth, not to mention the other reforms implemented by the PH government during its short 22 months.

Here, I would like to also thank and congratulate the investigating and prosecuting teams in the case.