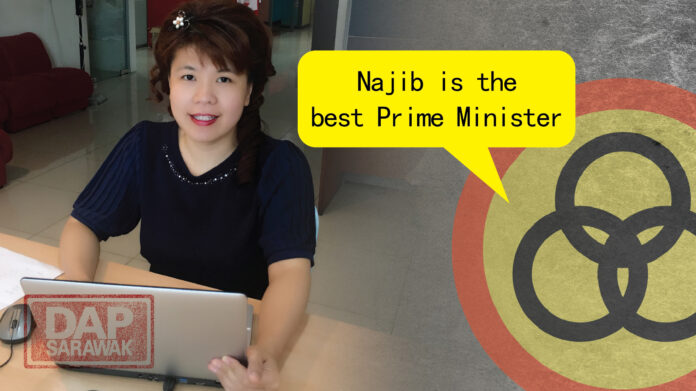 Given the verdict of the Malaysian Court in sentencing former Prime Minister Najib Razak to a 12-year jail term after finding him guilty of seven charges relating to the misappropriation of RM42 Million in SRC International Sdn. Bhd. funds, I challenge the SUPP President Dr Sim Kui Hian to repeat his party’s stand by declaring the former Prime Minister Najib Razak is still the best ever prime minister of Malaysia. Will SUPP still maintain its stand to proclaim that Najib is the best Prime Minister in Malaysia?

It is an undeniable fact that Dr. Sim had in many instances during the Najib Razak’s era declared openly about SUPP’s unwavering support for Najib Razak to continue leading the country as prime minister.

It is so disappointing and disheartening for the Sarawakians to know the truth that SUPP is willing to support and work with a kleptocrate for own political survival. Up till today, since the exposure of Najib’s involvement in several cases linked to 1MDB, SUPP has kept a complete silence on the matter. The most disgraceful is that SUPP had also received the money that is linked to 1MDB from Najib’s personal account.

SUPP was named as one of the 41 recipients in a civil forfeiture lawsuit filed by the Malaysian Anti-Corruption Commission (MACC) last year to recover RM270 Million linked to 1MDB. I demand SUPP to come clean about the money received from Najib that is liked to 1MDB in year 2013. The people have the right to know whether SUPP has returned the money which doesn’t belong to the party but the people of Malaysia. It is very irresponsible for SUPP to sweep the matter under the carpet .

I wish to reiterate that if not because there was a first ever regime change in year 2018 General Election whereby Pakatan Harapan became the federal government of Malaysia, we would not have the chance to see that Najib be brought to book and found guilty for corruption. It is the people’s power that makes it possible to nail down Najib, who is now a criminal. It shows that the votes which the majority of Malaysians casted for Pakatan Harapan during the last general election were not in vain.