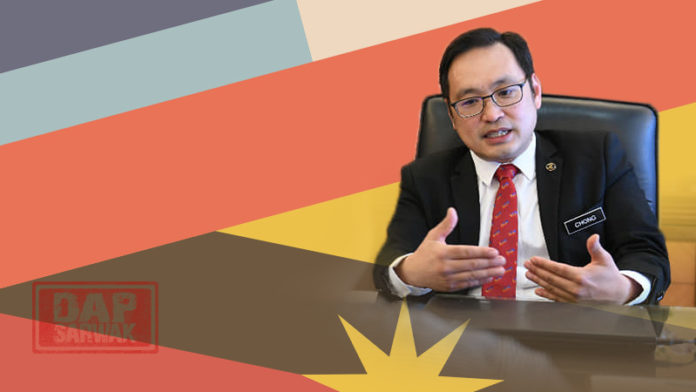 The Constitution amendment bill tabled by Pakatan Harapan government yesterday is the first step towards restoring Sarawak’s position and legal status to that at the time of the formation of Malaysia.

The wordings of Article 1(2) of the Federal Constitution in 1963 are as follows:

(b) The Borneo States, namely, Sabah and Sarawak;

In 1976, the Barisan National Government amended Article 1(2) to the following:

On 4-4-2019, the amendment tabled by PH Government is worded as follows:

The structure of Article 1(2) of the Constitution in the 2019 proposed amendment is exactly the same as that of the 1963 Article 1(2), save that we no longer use the phrase “the States of Malaya” and “the Borneo States”.

All this while, we, Sarawakians, demanded for the restoration of Sarawak’s rightful place in the Malaysia Day (1963) Constitution, this is exactly what the PH Government intends to do with the amendment.

It has always been the claim of GPS that it only wants what is due to Sarawak when we joined to form Malaysia, “no more and no less”.

Therefore, it is most regrettable that the GPS Members of Parliament have resorted to the walkout protest with UMNO when the amendment bill to restore Sarawak’s position was tabled in Parliament for first reading yesterday.

Is the GPS too embarrassed to accept the fact that it was the BN who took away Sarawak’s rightful status in 1976 (GPS was part of BN then) and now it is the PH Government who restores the rightful status of Sarawak?

To make matter worse, the GPS’s protest was led by UMNO.  Has GPS forgotten that it was UMNO who has initiated the 1976 amendment and thereafter the gradual erosion of Sarawak’s rights all these years? Why is GPS still taking its cue from UMNO despite having officially quitted Barisan Nasional?

I wish to reiterate that this amendment is to set the legal framework right, putting Sabah and Sarawak as a separate categories from the other 11 states in West Malaysia.  It is also in line with the original structure in the Federal Constitution.  It puts Sabah and Sarawak in the correct platform envisaged by our forefathers when Malaysia was formed.

The amendment is only a starting point to the continuous process of devolution of powers and reinstating Sabah and Sarawak’s equal standing as the 11 states in West Malaysia.  It doesn’t stop there.  The MA63 Steering Committee and Technical Committee will still continue with the meetings and discussion on the devolution of powers.

Surely, from Sarawak’s perspective, the present amendment is an improvement to the 1976 version of the Article 1(2) of the Federal Constitution.  As such, if GPS sincerely has the interest of Sarawak in mind, there is no reason to oppose.

The only reason for GPS to oppose the bill is that the passing of the bill will be a testament of the failure on the part of the previous BN Government (which GPS is a party).  For all the injustice that BN has done to Sarawak and Sabah, the PH Government has taken steps to remedy it within one year of taking over the Federal Government.

I urge the GPS Member of Parliament to rethink their position, put aside their ego and pride and support the amendment bill.  Afterall, their parties had betrayed Sarawak once in 1976 by supporting the 1976 amendment put up by UMNO.  After 43 year, are they going to stand together with UMNO again to betray Sarawak a second time in Parliament?