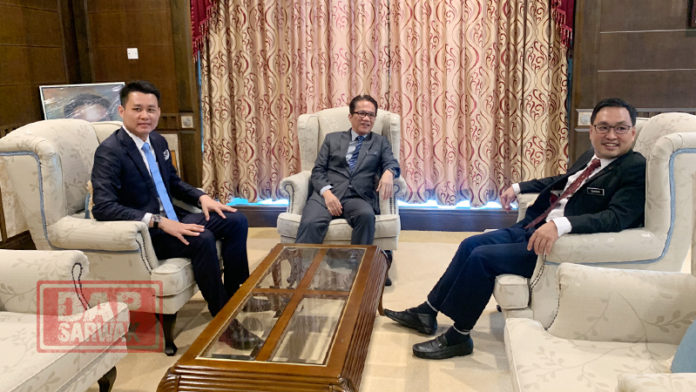 Yesterday the Chief Minister of Sarawak issued an official statement that such a deci- sion to relocate the Registry of the High Court of Sabah and Sarawak from Kuching to Kota Kinabalu was not made after any consultation between him and the Prime Minis- ter. Under our Federal Constitution, Article 121(4) provides:-

In the present issue, Sarawak Pakatan Harapan is on the same page and position as the Sarawak state government i.e. the decision for the relocation has to be put on hold or even withdrawn. On this matter, YB Alan Ling and I have discussed the matter with the de-facto Law Minister, Datuk Liew Vui Keong, on the unconstitutionality of the deci- sion and we have forward Sarawak Pakatan Harapan’s view of the matter. The new Federal Government places a lot of emphasis on the compliance of the rule of law and what more to say this is the Federal Constitution.

I would like to re-emphasise that in the present matter, the Chief Minister of Sarawak has issued an official statement to state that he was not consulted on the subject matter prior to this and we shall take his word that he was not been consulted. There- fore, the decision to relocate the Registry of the High Court of Sabah and Sarawak is not in compliance with the requirements of the Federal Constitution.

Deputy Minister of Ministry of Domestic Trade and Consumer Affairs