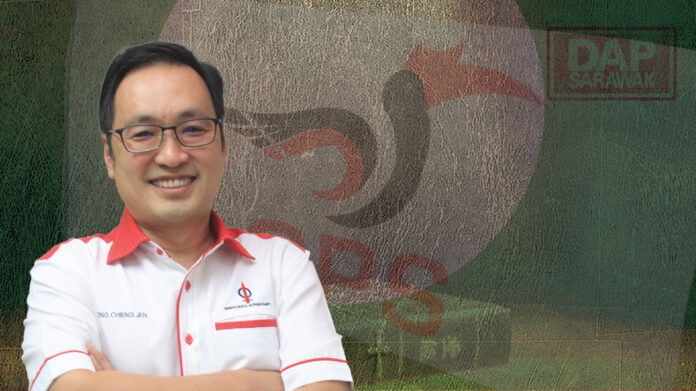 In the last few days, many Sarawak politicians had come out to condemn the statement made by the PAS Pasir Puteh MP in Parliament insulting the Bible. But, where it matters most, i.e. in Parliament, none of the MPs from the so-called local parties from Sarawak spoke out against the PAS MP on his derogatory remark against the Bible.

Only the DAP Members of Parliament rebuked the PAS MP on his remark in Parliament. The said PAS MP made the insulting remark on 26-8-2020. He was immediately refuted by Ngeh Koo Ham (DAP MP for Beruas). But regrettably, Ngeh was stopped by the Deputy Speaker to proceed further.

Then the next day, on 27-8-2020, Kelvin Yii (DAP MP for Bandar Kuching) moved a motion in Parliament to seek a retraction and apology from Pasir Puteh MP over his insult on the Bible but the Deputy Speaker appointed by the UMNO, PAS and GPS coalition simply pushed aside the said motion.

Currently, in the Dewan Rakyat, there are 13 PBB MPs, 2 PRS MPs, 2 PDP MPs, 1 SUPP MP, 2 PSB MPs and 2 Bersatu MPs from Sarawak. Where were they when the PAS MP insulted the Bible in Parliament? Why did they not make any stand confronting the PAS MP and his lot in Parliament?

The leaders from these local parties made press statements in Sarawak local newspapers condemning the PAS MP, but regrettably, none of their elected representatives spoke out on this matter in Parliament, the forum where the derogatory remark was made, the place where the PAS MP and other PAS MPs should be confronted directly.

It seems that, when it comes to the defence of the minority’s rights and dignity, it is still the DAP who will at the very first moment step forward to confront the oppressors and the offenders.