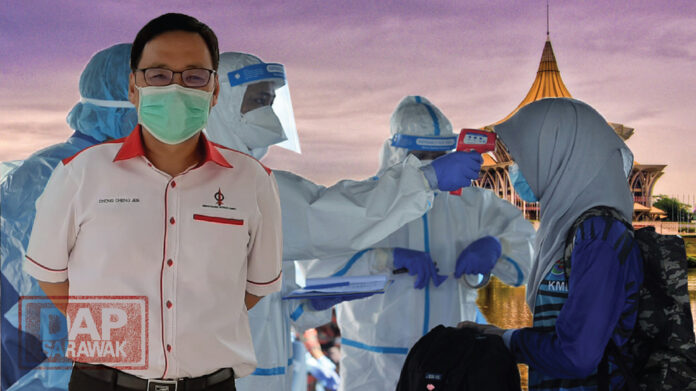 Abang Jo should not contemplate dissolving the Sarawak DUN for the next 6 months.

The lesson learnt in the Sabah State elections is still as fresh in everyone’s minds as can be.Therefore, it is irresponsible of Abang Jo to even contemplate and suggest dissolving the Sarawak DUN and having elections this year. Such a statement by Abang Jo that “we will have elections any time now” is most unthinkable at this time, especially with what happened after the recently concluded Sabah State Elections.

The covid-19 pandemic was well under control till the Sabah State elections. For the last 3 days, the number of new cases has been 3-digit, with 260 new cases on Thursday, 287 new cases on Friday and 317 cases on Saturday.

The Sabah state elections was inevitable due to the attempted coup by Musa Aman to topple the Warisan-plus government. As for Sarawak, the current term will only expire in June, 2021 and there is no risk of anyone toppling the GPS Government through any “backdoor exercise”. The current State Government still has more than 9 months to go before its term expires. Therefore, there is no necessity to rush the State into elections now.

While the country is now in the third wave of the Covid-19 pandemic, to hold the State elections now is to put at risks of infection thousands of election workers and helpers and millions of Sarawakians. This is the time to reduce, as much as possible, gatherings, meetings and unnecessary official duties with human contact. To dissolve the State Assembly and have a State Elections now will be doing the contrary.

Surely, under the RMCO situation, elections will favour the ruling parties. But, in the interest and well-being of the people and thousands of government servants involved in running the elections, no government with a sensible mind will rush into elections at this time.

Therefore, I call upon Abang Jo to abandon his idea of having the Sarawak Elections in the next 6 months.