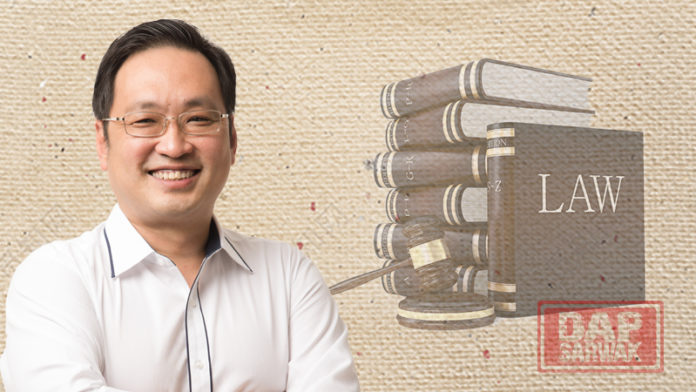 On the new draft of Legal Profession Bill that was proposed by the Malaysian Bar Council in January 2019 but has only gone viral amongst the Sarawak legal practitioners yesterday, I have clarified with the Minister of Law, Datuk Liew Vui Kiong who confirmed that this is merely a draft proposed by the Bar Council for feedbacks amongst the stakeholders. This draft has not obtained any endorsement of the PH Government.

Of particular concern raised by the Sarawak legal fraternity about the new draft bill are the following 2 clauses, ie.:

2.This Act shall apply throughout Malaysia but shall only be made applicable to Sabah and Sarawak with such modifications as the Yang di-Pertuan Agong may by order make, and such order shall be published in the Gazette.”

Many see it as an attempt to encroach upon Sarawak’s rights as currently the Legal Profession Act 1976 (LPA 1976) is not applicable to Sarawak and Sarawak’s legal profession is governed under the Advocate Ordinance Sarawak 1953 which sets out very different criteria for admission to practise as a lawyer.

Nonetheless, I have conveyed to Datuk Liew the stand of Sarawak legal profession that we do not want the LPA to be extended to Sarawak.

Since the Bar Council is drafting a new LPA to replace the current LPA 1976 and that we have no intention to have the LPA (both existing or the new one) to be extended to Sarawak, I do propose that the Sarawak Advocates Association takes this opportunity to write to its counterpart in West Malaysia, the Bar Council, to suggest the following (if Sabah Law Society also agrees, otherwise we confine only to Sarawak.):

2. To replace clause 2 with the following:
“This Act shall apply throughout West Malaysia Only.”

I will, on my part, help to ensure that this suggestion to exclude Sarawak and Sabah from the application of the LPA come true. Let us stand together to defend the rights of the Sarawak legal profession as provided in the Federal Constitution when we formed Malaysia in 1963.