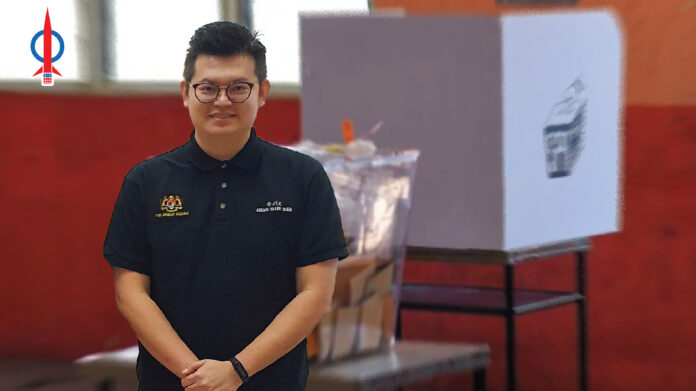 The Perikatan Nasional Government has clearly failed the youth by failing to implement #Undi18 as promised, robbing the rights of million of youths to vote in the upcoming General Elections which is expected to happen as early as this year, after the emergency ordinance is lifted.

I am extremely angered by the announcement by the Election Commission that have decided to postpone the implementation of Undi18, including automatic voter registration to Sept 1, next year, contrary to initial the promise to have it implemented in July 2021.

This has effectively robbed the voting rights up to 1.2 million youths between the ages of 18 to 20 that are eligible to vote in the upcoming General Election especially if it is held at the end of the year or early next year.

Currently Youth unemployment in our country is at a worrying state at 13.2%, which is 2.5 times more than the overall unemployment rate. And we haven’t taken into account underemployment and the difficulties our graduates face to find a quality job.

On top of that, we see the education of so many youths effected due to the pandemic, but yet, even after 1 year, the Education Ministry has not come up with a comprehensive long-term policy to address the “lost generation” that were badly affected by the pandemic.

Even with so many issues affecting the youth, the PN government instead robbed the rights to vote from the young Malaysians. We can no longer disenfranchise 1.2 million adults from the formal democratic process of our country.

Taking the voices of the youth for granted and denying them the rights to vote is an outright regressive move.

And the government even tries to hide behind the excuse of the Movement Control Order(MCO) for the delay which has in no sense anything to do with its proper implementation. This has shown a clear pattern that they hide behind excuses of pandemic when they are afraid to face the people or implement policies that empower the people.

That is why I urge that both the current Minister of Youth & Sports and his Deputy to resign immediately especially if they fail to protect the rights and voices of the youth in our country.

Young Malaysians are not naïve, nor are they immature. They are part of the most educated generation and grew up in an age of hyper-information. More and more young Malaysians are more informed with the current situation in the country especially with the influx of information through formal and informal media.

That is why the failure to implement the Undi18 amendments is clearly unconstitutional and an act to prevent what was agreed upon in Parliament unanimously by all parties.

This clearly shows that the PN Government is afraid of the voice of the youth and their action today must not be forgotten when we walk up to the ballot box in the upcoming general election.