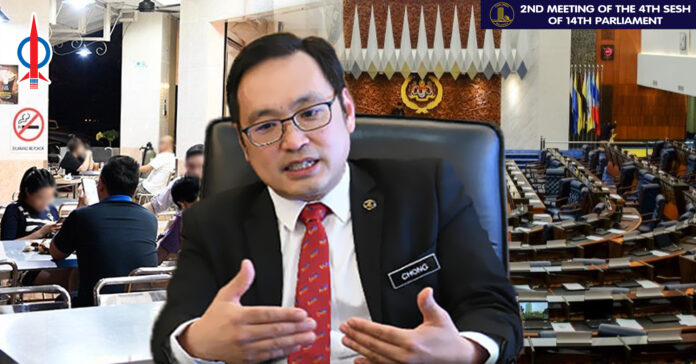 The blessing and benefit of a strong Opposition in Parliament was once again manifested yesterday. This time, the Opposition has, in Parliament, forced the Government to defer the Amendment Bill to Prevention and Control of Infectious Diseases Act.

In the said Amendment Bill, the Government proposed to increase the maximum penalty on non-compliance of the Standard Operating Procedures (SOP) to RM100,000 for individual and RM2,000,000 for companies.

And for the Director-General or any authorised officer to compound the offence, the Amendment Bill increases the compound amount from RM1,000 for both an individual and company to RM10,000 for individual and RM1,000,000 for companies.

To many individuals and the low-income group, RM1,000 is already a heavy compound amount, RM10,000 is an impossible amount to pay. To many small businesses, especially for all the eateries, a compound of RM1,000,000 would mean ending the business.

The Bill was initially scheduled to be tabled and passed in Parliament on last Thursday (16th December) before the polling day of Sarawak Elections but was subsequently postponed to yesterday (20th December).

This Amendment Bill was widely criticised and opposed by the general public because of the unreasonably heavy fines and more so because of the worry amongst the people of unfair and oppressive enforcement.

Notwithstanding the general strong public opposition to the hefty fines proposed in the Amendment Bill, the Perikatan Nasional Government insisted to have it passed in the Parliament on Monday. Had it not been the presence of a strong Opposition coalition in Parliament constituting sufficient number to possibly defeat the Bill, the Government would have had its way and the people would be at the mercy of the enforcement.