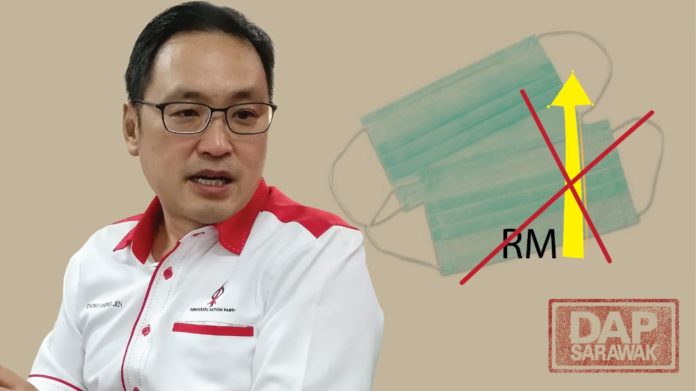 The new Domestic Trade and Consumer Affair (KPDNHEP) Minister should not increase the maximum control prices of the face masks set by the Ministry in this time of emergency.

It was reported that the new KPDNHEP minister is now considering to increase the maximum retail prices of face masks set by the ministry so as to encourage more traders to sell face masks. This is definitely a decision against the interest of the consumers at large, and giving an opportunity to the manufacturers and importers of face masks to profiteering from the current covid-19 pandemic.

When the Pakatan Harapan was in Government, we have strict enforcement of the maximum prices of face masks under the Price Control and Anti-Profiteering Act. A 3-ply face mask’s maximum retail price was 80 cent per piece. At such price, there was already handsome profits to be made by the retailers. Some unethical traders selling face masks higher than this price were fined heavily.

In addition to strict enforcement of the maximum controlled prices, one of the other measures proposed by the PH government was to purchase the face masks from the manufacturers and distribute to the public either freely or at subsidised prices. The then PH cabinet has also approved the allocation for this measure. However, this measure was stopped because of the “Backdoor Government” move by the UMNO PAS coalition.

Now that the UMNO PAS government has taken over the government, it should continue with this proposed measure instead of increasing the maximum controlled prices of face mask thereby passing the burden to the consumers.

Despite the change of government, cabinet decisions made by the previous government can still be implemented, if the decisions were good for the people.

The interest of the people should not be compromised just to pay for the expenses of these newly created ministerial and deputy ministerial posts.