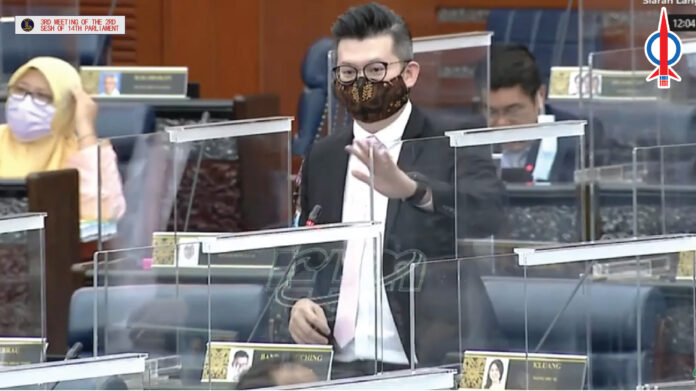 Today in Parliament i stood up in Parliament when the Minister of Sabah & Sarawak Affairs YB Datuk Seri Dr Maximus Ongkili was rounding up to question him on;

(1) The Special Committee for MA63 MUST BE revealed or tabled in Parliament for all to see.

The Minister try to claim that it is a G-G negotiations and thus no need to be revealed to public. I argued that this should not be the case, as this involves all our rights as Sarawakians and Sabah.

We cannot repeat mistakes of past when agreements were made btwn G-G without the knowledge of the people and thus our rights were eroded.

(2) Article 112(D) in Federal Constitution on special grants to Sabah & Sarawak was reduced this year to the original figures since 1969. Under PH, we doubled that amount and revised the figures after more than 40 years and now PN reduced it back to what it was before.

(3) The new Special Council for MA63 that was formed under the current PN government has not meet until now even though they have been government for more than 9 months.

What have they been doing? They cannot use Covid-19 as an excuse as there are other Ministries in charge or handling the pandemic, and doesn’t mean this Ministry cannot function or carry out its duties during this period.