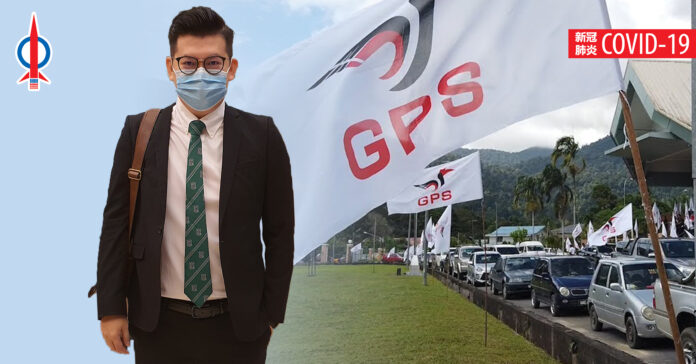 The decision by the GPS State Government to rush an election by pushing for the lifting of the Emergency Order in Sarawak earlier that scheduled is not only disrespectful, but also reckless and irresponsible as it deliberately deprive more than 125, 000 of our youths a chance to participate in the upcoming State Elections.

Fact of the matter, we had the advantage of observing and even doing a proper assessment of the potential Covid damage of Melaka polls before making decision to have ours, but instead, political considerations trumps health concerns.

There is no rational justification for them to push the Yang Di-Pertuan Agong to lift the Emergency in Sarawak which is scheduled to end in just a few months time. This emergency was not opposed at the Covid-19 situation on the ground wasn’t permitting for a State Elections to be held, in view of what happened in the previous Sabah elections.

Mind you, currently our Covid-19 situation is still far from ideal with ICU occupancies and even death rates per population is one of the highest in the nation. This is dangerous, as if this State Elections turns out to be a “super-spreader event” , our healthcare facilities are in no condition to handle a sudden surge of cases, which will result in lesser quality of care for both Covid-19 and non-covid-19 patients.

This may also bring us back to time where doctors need to choose who to treat and who not to treat again and in worse case scenarios, may result is more deaths. It is irresponsible to put our front liners in such a situation to make that choice, on top of risking the lives of the people.

Multiple GPS leaders has come out to justify such actions including stating this is to uphold democracy when in fact what they are doing now is voter suppression as it not only deprives our youth from 18-21 years old a chance to vote, but holding an election when the pandemic is yet to be under control will result in lower voter turnout which is against the spirit of democracy.

Total number voters to be intentionally disenfranchised is estimated 674k in state polls. Total includes not only 125k voters 18-20 but also those who would have been automatically registered in Sarawak.

In order for democracy to thrive, every effort must be done to facilitate more people to participate in an election including making sure it is safer for them to come out to exercise their right to vote.

The Secretary General of GPS even try to justify that they want an early election because of the concern of waning effects of the vaccine. That itself is a clear sign that both the Federal Government & State Government needs to put all focus to make sure those eligible needs to get the booster dose, especially those immunocompromised and in high-risk groups.

In Sarawak, we are already experiencing the effects of waning vaccine effectiveness over time due to high numbers of breakthrough positive cases, so it is irresponsible to risk an election, rather than put all hands on deck make sure people get the optimum protection from the vaccine. We had at least until February to make sure no one is left behind, but instead they wanted to call for an early election before all those in need has completed their booster dose.

Even in announcing his decision the Agong explicitly expressed his concerns and views that the country is still struggling to face the threat of Covid-19 and the spread of the virus is still at an alarming level.

However, such concerns expressed were not taken into account. What seems more important is the political advantage they may have, even at the expense of the safety and health of our people.