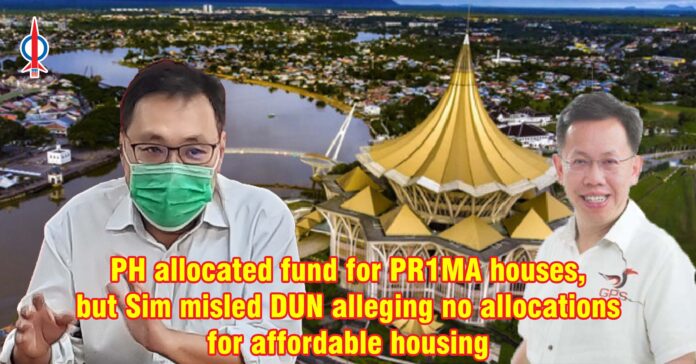 I, YB Chong Chieng Jen, Ahli Dewan Undangan Negeri Sarawak for Padungan wish to move a motion under Standing Order 23(2)(p) and 32(12) and my motion is as follows:

“WHEREAS on 25th May, 2022, the Honourable Member for Batu Kawah (N.14) YB Dato Sri Prof. Sim KuiHian during his winding for his Ministry, made the statement in this Dewan, and reported in the Hansard dated 25th May, 2022 at page 62, 6th paragraph fist sentence as follows:

“ In 2019, after the PH-DAP Government not allocating any funding for affordable housing for Sarawak despite housing is in the Concurrent List, ”

AND WHEREAS such statement imputing the Federal Government not allocating any fund for affordable houses for Sarawak is obviously wrongly and misleading the Dewan in that:

Without any federal allocation of fund in 2019, both projects would not have been able to be completed and keys handed over to the purchasers in 2019 and 2020 respectively.

AND WHEREAS the statement made by the Honourable Member for Batu Kawah has not only misled this House but also the general public of Sarawak that there was no federal funding for affordable houses for Sarawak in 2019 while in actual fact, there was and such fund had given the purchasers of Prima Home projects at Matang and Bintawa their affordable homes.

AND WHEREAS such misleading statement by Honourable Member for Batu Kawah is a contempt of this Dewan under Standing Order 32(12).