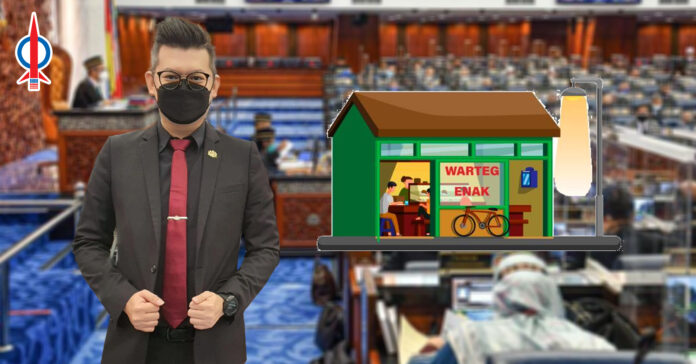 The Prime Minister and Federal Government should learn from past mistakes and address the core issue of capacity building and building resilience for Bumiputera entrepreneurs rather than having specialised Bumi quotas in malls and ‘strategic locations.

This is in view of the Prime Minister’s announcement that the government has proposed quotas for Bumiputera-owned businesses in strategic locations such as shopping malls, increase the community’s participation in the economy, even justifying that it is in line with the concept of “Keluarga Malaysia”

The justification of this decision is based on the Dasar Ekonomi Baru (DEB) that was formulated in 1970 to increase the economic participation of the Bumiputera community. However, it was designed to be revised in 20 years. And we should be learning from past mistakes and if we realise it is not working, we must examine the core issues and address it properly to ensure shared prosperity for all Malaysians

The Prime Minister himself should be well aware of the failure of such “exclusivity and protectionism” policies in view of the failure of the MARA IT Malls, which was his own brainchild after the racial fiasco at Plaza Low Yat in 2015 involving a man who was caught stealing at a local mobile phone store in the mall.

An issue of crime was somehow escalated to be a racial issue, and the PM, who was then the Rural and Regional Development Minister rolled out the plan for a single-race digital shopping mall, that was supposed to be supposed to be available in each state after the first mall was established in Kuala Lumpur, but as time has passed, it didn’t pan out that way.

This government-sponsored initiative has clearly failed its original intentions and was suffering losses even before the start of the Covid-19 pandemic. Branches in other states were closed down even before the pandemic hit.

While I am supportive of effective economic models to increase participation of all and reduce the economic gap between all communities, but this lesson shows that such “protectionism model” does not work but instead efforts must be made to increase capacity to ensure entrepreneurs remain sustainable, resilient to market competition, and able to foster innovation and creativity.

That is why I fully support my colleague Dr Ong Kian Ming’s proposal to ensure a sustainable and inclusive business model which may involve successful partnerships involving both bumiputera and non-bumiputera entrepreneurs in the country to provide good quality jobs to all Malaysians.

One of the biggest lessons we should learn from the Covid-19 pandemic is that the health and economic impact of it affects everyone regardless of race or background. So, by right, to ensure “Keluarga Malaysia” is not a mere slogan, efforts to address the impact should be targeted based on needs rather than race, especially to introduce new economic models to build resilience and competitiveness to ensure they can bounce back and be resilient to other future economic impacts.