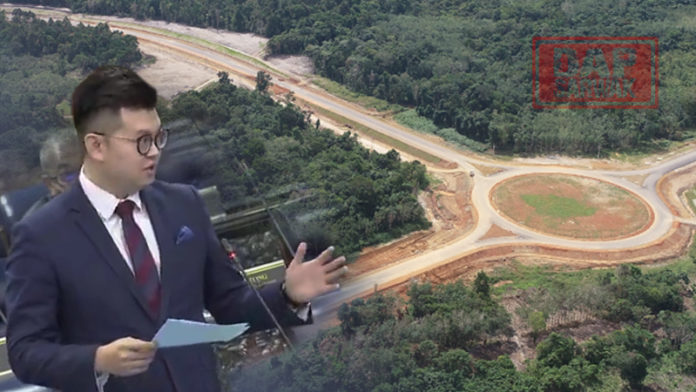 In my question to the Works Minister YB Baru Bian this morning in Parliament on the status of the Governments’s plans to replace the PDP model, the Minister informed us that a final decision has not been made by the Cabinet as they are still studying the issue from all aspects including in making sure all allocations of the government to the project will be optimised the best way possible and at the same time not affect the progress of the on-going construction.

He went on to give his assurance that any decision by the government will not cause the halt the construction of the Pan Borneo Highway that has been long awaited by all of us in Sabah and Sarawak and the work package contractors will not be terminated if the job is being done properly.

By changing the PDP model to a turnkey contractor, it basically means that the government will step in and act as a PDP rather than involving the private sector and award turnkey contractors which will bear the construction risk and financial cost. The turnkey contractor will then be liable for the designs, and also any delay among others.

In a nutshell, the government saves and do not need to pay a fix fees to a private company like PDP which can be substantial and in turn the turnkey contractors take on responsibility to make sure the subcontractors finish the job on time and also bear the financial risk. In majority of the case it is up to 6%. The biggest concern is paying the 6% fix fees to PDP. So 6% paid to PDP is almost like pure profit, straight to bottom-line and this opens it to a higher risk of corruption.

If we look at the MRT2 as an example, we can draw parallel for that as they also changed from the PDP model to turnkey and they saved on original construction cost, they would have paid the PDP partner RM 2.4 billion.

While I also acknowledge the strengths of the PDP model, but in certain case like the MRT2, the cost actually ballooned instead of coming down so the efficiency wasn’t seen in that case.

I welcome any move to optimise and save on the construction cost for the benefit of the people without compromising the quality of the work done. This includes building the roads without the involvement of private sectors like the PDP. The highway project needs to managed transparently as it is important that the people benefit from its construction.