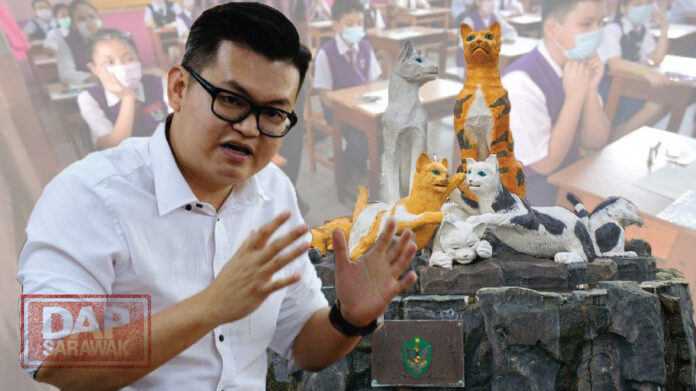 The Ministry of Education and Sarawak Disaster Management Committee(SDMC) should look into postponing the opening of schools in Kuching again for another 2 weeks in view of the increasing cases of Covid-19 in Kuching and discovery of new clusters in Kuching. The recent rise in cases and about 9 active clusters in Kuching that have been identified so far gives extra reason that the necessary precautions need to be taken to prevent the possibility of another cluster breaking out especially among our students and teachers.

The most concerning factor are the possibilities of hidden clusters that are yet to be discovered. Yesterday a new cluster known as the Satok Market was discovered after active testing among 229 of the traders there. They were all asymptomatic and likely wouldn’t have known if the testing wasn’t done. Even the biggest cluster in Kuching right now, the Sentosa cluster was only discovered when the index case voluntarily took the initiative to get tested before travelling back to hometown.

Only because of that, the cluster that has so far affected 30 was discovered. Majority of them are also asymptomatic. Imagine if the first index case did not voluntarily get tested, this cluster may have continued to remain hidden and if delayed even further, we may have even more grace consequences or outcome from the disease. Fact was, many of those tested positive in that cluster were also not close contacts of the index case.

Today itself, I was informed that there is a case detected among a school student after aggressive testing was done.

Will the numbers of case seem to be increasing and this is concerning of course, but in my view, the current strategy of aggressive testing is the right move even though the figures may be scary at the beginning, but it is important to determine the actual numbers, detect them early and also to have proper early intervention for those affected to curb the spread of the disease.

This is needed to better understand the proper disease burden of the area and more importantly to discover other hidden clusters in the community so early intervention can be done.

State Health director Dr Chin Zin Hing yesterday even confirmed that he source of Covid-19 infection for the latest spike in cases has not yet been identified, and with majority of the cases being asymptomatic, there is a huge need to be cautious especially when involving out children and teacher

SDMC has also recently announced extra stringent steps to curb the spread of the disease in the greater Kuching area, so in my view that should also include the postponing of schools in these areas. They should continue aggressive testing to isolate all the different active clusters and give it another 2 weeks for the incubation period to pass, and review that decision when it comes closer to the date.

While I fully understand that the opening of schools is important so the students especially the those without proper internet or gadgets do not get further left behind and also freeing parents to go back to work, but it has to be done properly so that we can avoid any spread of the virus causing a 2nd wave just like South Korea, France and some other countries when there was a premature opening of schools.

We do not want to risk another new cluster among in our schools and not regret when it is too late. So I do hope the Ministry of Education take in all the necessary feedback especially from the Ministry of Health and also PIBG or School Board, in making this important decision to protect our children and future generations.