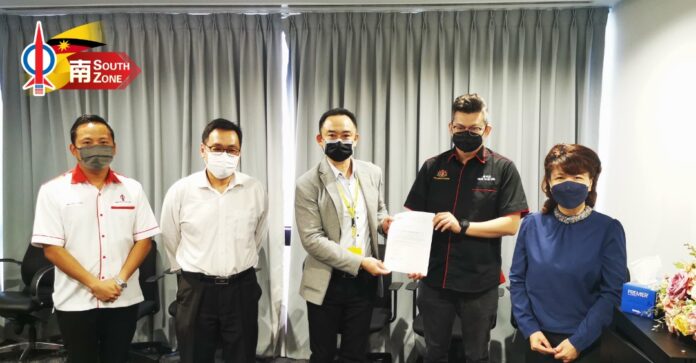 Both the Federal and State Government must do more to address the flash floods issues plaguing many low-lying areas around Kuching including expediting the RM150 million Flood Mitigation Project here in Kuching. This project appears to have been overlooked by the federal and state governments, and that the open tender of these separate flood mitigation projects had been delayed time and again.

Yesterday together with YB Chong Chieng Jen, YB Violet Yong and Michael Kong, we paid a courtesy visit to Department of Irrigation and Drainage, Sarawak to follow up on the progress of RM 150 million Flood Mitigation project for our constituency Bandar Kuching and Stampin as a long-term measure to address the flood problem especially the chronic flash flood issues that residents in many areas suffer from for many years.

This RM 150 million project known as Pembangunan Lembangan Sungai Bersepadu (PLSB) Sungai Sarawak covers 9 project locations including the upgrading of drainage in 5 locations including Sarawak General Hospital(SGH), the Government Quarters at Jalan Tun Jugah, Batu Lintang area, SK Muara Tuang, Samarahan and also the drainage along Jln Kuching-Samarahan Expressway. Besides that, there will be projects to build flood barriers along Sg Gersik, Sg Sinjan and also dredging and deepening of Sungai Tengah and Sungai Minjab.

This is a follow up meeting with the department to find out more on the progress of this important project. Department of Drainage and Irrigation (DID), Sarawak is a State Department and is given the authority to carry out the implementation and monitoring of the project.

The federal funding was released at the end of 2018 after an initial review as announced by the then Minister YB Dr Xavier Jayakumar.

Then based on their briefing then process of project planning and also tendering and appointment of contractors should have been finalised by November 2019 and the detailed designing process including land acquisition and investigation was to be carried out from December 2019 to December 2020. The physical construction of the project was supposed to start in 2021 and is expected to take about 4 years.

However, based on the latest updates, the project has been delayed even further with the award of tender to the Engineering Consultant Jurutera Jasa only done in February 2020 to do the initial planning and drawings before a surveyor was selected in April 2021. Currently all plans and drawing have been completed and submitted for approval by the Sarawak Planning Authority(SPA) at the end of 2021.

Only with the approval of SPA and the completion of the Value Engineering(VE) will then the tender be called for the 9 project locations which may happen around May or April 2022. This means physical construction can only start at the end of 2022, with the project expected to finish in 3 to 4 years.

I have expressed my dissatisfaction with the delay and urged them to take all steps to pressure the relevant government agencies to expedite the necessary approvals including SPA so that the tender can be called as soon so that the physical construction can commence and be finished as soon as possible for the convenience of the public.

We also raised the issues of flash flood in different areas around our constituency including the need for the Jalan Laksamana Cheng Ho drainage improvement work, to be done as well as the proposed contruction of a barrage near Sungai Tabuan River as a more effective solution to resolved flooding in areas such at Jln Foochow and even Sg Apong.

We will continue to monitor and push for the process to be expedited so that it will not cause too much inconvenience to the public. I will be also putting in a question to Parliament to seek an answer and clarification for the delay of the implementation of the PLSB and demand for it to be prioritised and neglected no longer. Such delay is unacceptable as it burdens the public and caused additional troubles especially during the monsoon season.

Although, even with this PLSB project itself, it may not solve all the flash flood issues in Kuching as more needs to be done by both the Federal and State Government including more flood mitigation projects along Sg Maong Kanan, and Sg Maong Kiri is still needed to holistically address this issue.