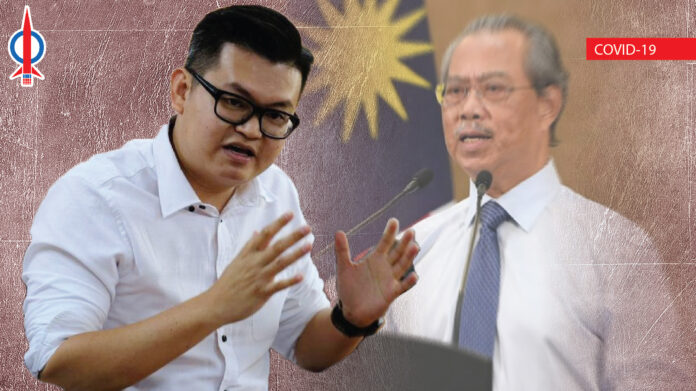 While it seems many seems to “accept” the declaration of emergency as a good thing to fight Covid-19 and “stop the politicking”, BUT there are other options to do so without far-reaching consequences.

*To fight Covid-19
–> Prevention and Control of Infectious Diseases Act (Act 342) already give powers to government to curb the spread of disease
–> MCO /CMCO has been declared already to “flatten the curve” thus no need for an emergency
–> When we look at the successful countries that controlled the spread of the virus, they did not do it through an EMERGENCY.

*Reduce “politicking”
–> The PM could have approached the Opposition to come up with an understanding. Thats mature politics.Fact of matter, the opposition has publicly said many times that we do not want an election during the pandemic.
–> The ones trying to trigger an election are their own coalition partners, NOT the opposition.

Many say having emergency wouldn’t affect their lives.
Let me list some consequences;
(1) Significantly affect business and foreign investors confidence. Create business uncertainties.
–>can see the result of share market yesterday. Malaysia’s stocks and currency fell after the country’s king declared a state of emergency
–>Foreign investor are taking their money and investing in our neighbours due to poor governance

(3)Over-reaching powers even into powers conferred to the States, risk abuses of power.
–>emergency conferred broad legislative powers on the executive which enables it to override numerous constitutional safeguards including fundamental liberties, the federal-state separation of powers, and ordinary protections against the abuse of power infringement of personal liberties..etc
–> Certain State powers has already been encroached.ie halting the State Assembly meeting, or even powers of the CM to dissolve assembly..etc.

So, while we agree there shouldn’t be an election during the pandemic, and we need to curb the spread of the virus, there are OTHER OPTIONS to do so without such over-reaching consequences.