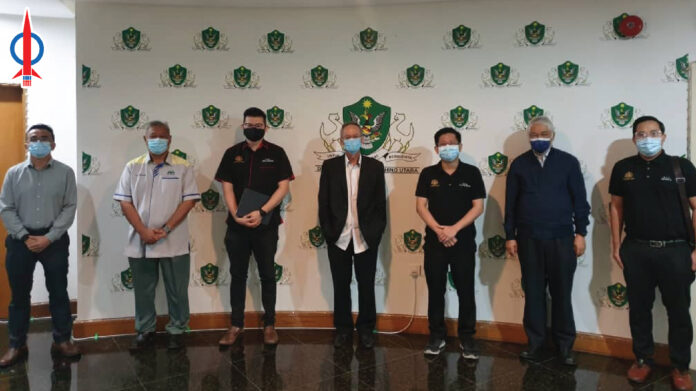 We had a good discussion and dialogue with Yang Berbahagia Datu Haji Junaidi bin Haji Reduan, the Mayor of Dewan Bandaraya and his officers with regards to the progress of the drainage upgrades at Jln Masjid, Jln Market, & Lebuh Java.

These upgrades are under the PHASE 3 drainage upgrading works in Padang Merdeka and its vicinity to mitigate flash floods in the area, which was supposedly scheduled to finish in January 2019. However, until now, the progress has not only been delayed, but has significantly affected the people working and doing business in the area, and even pose danger to road users in the area.

We had request for the urgent intervention of the DBKU Mayor into resolving this issue quickly. Some of our concerns that was brought up during the discussion is the progress, steps done to address any obstacles and disputes and new timeline expected of the project so that the public is aware and can make the necessary adjustments.

The Mayor has given his assurance that they have been looking into this issue and has also set up a special taskforce to analyse all the details of the case including addressing any disputes and obstacles that they are facing to make sure the project is expedited. Based on public statements by the contractors, there are certain contractual and procedural disputes, which the Mayor said they will investigate it urgently.

Another issues that we brought up is the safety of the whole construction site area for road users, business owners in the area and even the nearby government clinic. Recently, due to heavy rain, there was a flash flood in that area and because of it, the road dividers floated away and pose a real dangers to road users who cannot see the divide of the road and the area that was still under construction. We are grateful that there were no unwanted accidents that happened, but this issue has to be properly addressed before any unwanted incidents happen.

We are grateful for the openness of DBKU to have a dialogue with us as we all play a part to not just monitor the progress of the project, but also to properly inform the public for the good of the people in Kuching.

We will continue to follow up on this matter to make sure that the project is completed as soon as possible for the convenience of the people.