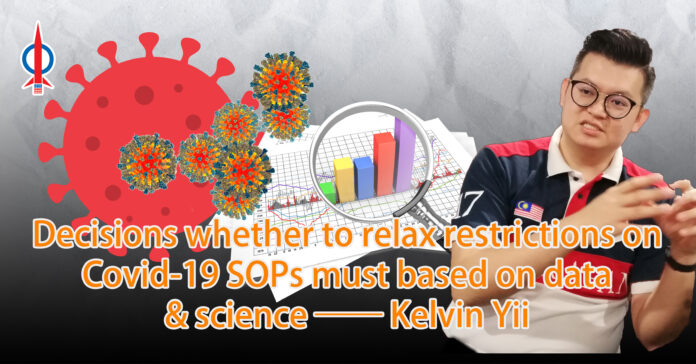 Every decision whether to relax restrictions on Covid-19 SOPs even in endemicity must be based on data and science.

This is in view of the recent comments by the State Tourism Minister YB Karim Hamzah to ask MOH & SDMC to remove the compulsory mask mandates in our country.

So based on current knowledge, the data now shows that in outdoor, open ventilated areas, the likelihood of the disease spreading is much lower compared to an i door, less ventilated space. So in that sense, if we are outdoors, in a non-congested area, it is somewhat safer not to put on a mask. Such data was used in Singapore’s decision to allow un-masking only in outdoor areas but still has mask mandates indoor especially in crowded areas such as public transport.

With that said, data has also show that an over-relaxed Covid-19 restrictions especially in other countries may cause a vertical surge of cases that still  overwhelms the healthcare system diminishing the quality of care for all patients. One of the reason our country do not see a vertical surge of cases even in view of Omicron, is due to our more conservative SOPs including compulsory masking.

So even though data shows less likelihood, it doesn’t mean it can’t spread in outdoor areas especially in crowded and congested areas. That is why i am glad the Malaysian government did not follow the Singapore’s approach of un-masking outdoors in view of Ramadhan due to congested events such as Ramadhan Bazaar.

With that said, the likelihood is such masking-mandates especially outdoors will be relaxed especially after the Hari Raya celebration but it does not mean we must put our guards down.  I still encourage everyone if possible to put on a mask, especially in congested and crowded areas especially in less-well ventilated areas.

We do not want to see an uncontrollable vertical surge which has been seen in countries that relaxed their restrictions too drastically which is typical of Omicron. We can’t just assume Omicron is “mild” but it also has the risk of overwhelming our healthcare system if not properly handled.

Explain the effectiveness and utilisation rate of Raspberry Pi in Sarawak