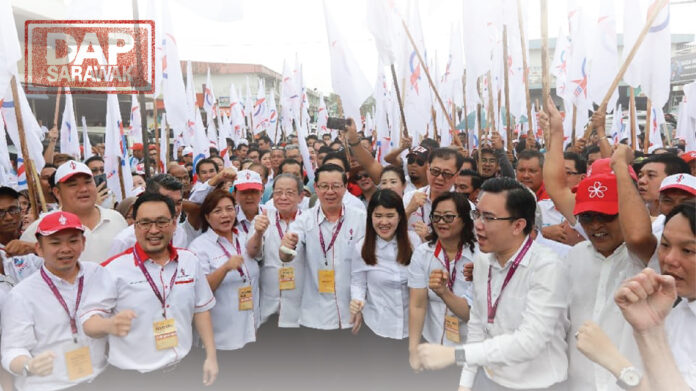 The DAP Sarawak State Committee has full confidence in the integrity of the DAP Secretary-General, Lim Guan Eng, and we strongly believe that the prosecution against him is a political persecution.

The charge that was proffered against Lim Guan Eng is proof of the political persecution. In general, all criminal charges must contain a specific date (in Lim’s case the charge only states a day in March, 2011, and does not mention which day), time and venue of the alleged offence, especially one that is so serious as to carry a maximum 20-year imprisonment sentence.

The charge has also confirmed that Lim Guan Eng did not receive any money for the tunnel project, contrary to all the smearing allegations made by the BN leaders previously against Lim Guan Eng.

It seems that the new norms under the PN Government, in order to consolidate its position and to quell the opposition, it is first inducement for betrayal, back-stabbing and party-hopping, if that doesn’t work, then threat and persecution. The use of prosecution and law suits to silence criticisms and quell opposition is nothing but a show of tyranny and cowardice, using the people’s money or those with deep pockets resorting to expensive legal actions to suppress criticism and opposition.

These inducement and punishment, carrot and stick tactics may work on some people but surely not the leadership of DAP, more so not Lim Guan Eng. The DAP Sarawak State Committee will stand by Lim Guan Eng in this fight against political persecution.