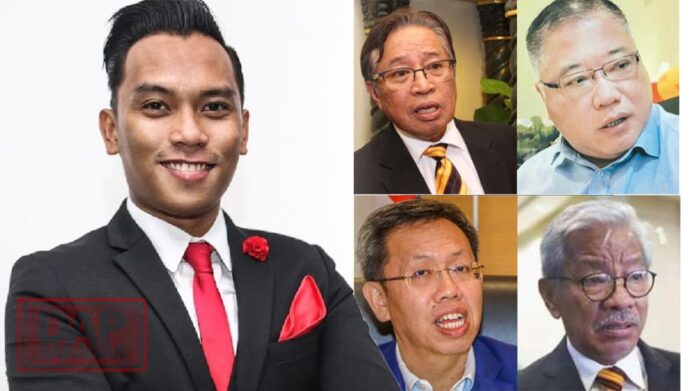 It was reported that some GPS leaders are puzzled over a memorandum of understanding (MoU) signed by the party leaders to form the so-called pro-Malay and pro-Islamic Perikatan Nasional (PN) see the link https://www.themalaysianinsight.com/bahasa/s/246828…

Why are the GPS leaders puzzled by this? The Sarawakians are puzzled by the GPS leaders about the MoU. Why is there a need for these GPS leaders to pretend to feel “shocked”? Why do these leaders have to be so dramatic? Do they know that on May 18, GPS secretary-general Alexander Nanta Linggi has confirmed that the state coalition is part of PN? The leaders are puzzled but the secretary-general confirms it, isn’t this very odd? See the link https://www.google.com/…/gps-is-part-of-perikatan-na…/%3famp

In case these GPS leaders forgot, on May 17, all Members of Parliament from Parti Pribumi Bersatu Malaysia (Bersatu), Barisan Nasional (BN), PAS, Gabungan Parti Sarawak (GPS), Parti Bersatu Sabah (PBS) and Parti Solidariti Tanah Airku (Star) have expressed their declaration of support for the formation of pro-Malay and pro-Islamic PN. All presidents and chairmen of the political parties had issued a joint statement regarding the MoU. The news is not a rumour as it is confirmed by the media itself. See the link https://www.theborneopost.com/…/bersatu-bn-pas-gps-pbs-and…/

The chronology is very simple. On May 17, they have expressed their declaration of support for the formation of the pro-Malay and pro-Islamic PN. On May 18, GPS secretary-general has confirmed that the state coalition is part of the pro-Malay and pro-Islamic PN. Suddenly, on May 19, some GPS leaders expressed the “shock” over the signing of the MoU. Why is it contradicting? I’m wondering, as most GPS leaders are getting old and aging, do they suffer some kind of selective amnesia? If not, then how on earth did they forget what they’ve agreed upon?

If the GPS leaders did sign the MoU, then they should gallantly admit it. If they keep on contradicting each other, this just goes to show that the so-called pro-Malay and pro-Islamic PN did not just have a doubtful legitimacy support in the Dewan Rakyat, but also a weak and loose coalition that do not have legitimacy recognition among its so-called partners. This weak and loose coalition would not be able to bring about stability in this country as it will collapse anytime soon.

Either these GPS leaders are really “shocked” or “pura-pura terkejut“, Sarawakians are wise enough not to fall into their trap.