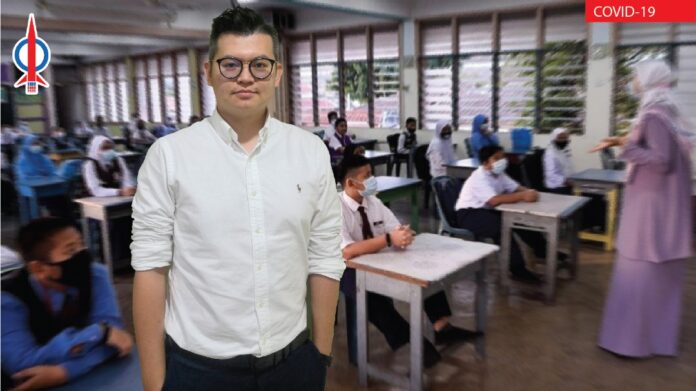 The State Disaster Management Committee (SDMC) & the Ministry of Education should be transparent and explain in detail the different parameters and considerations that are being used by them to justify the sudden decision to open 1,045 schools for physical classes beginning March 8.

The decision to open schools is a big decision, and must be made based on proper science and data. The government must not simply “flip-flop” in their decisions as this concerns the health and safety of our students and even the staff in all these schools.

I fully understand that the decision to open schools is a tough one as there are many factors to consider especially balancing the need to protect the health of our children, and also to make sure they do not be left out from their studies especially among the poorer students and those living in rural areas.

However, what is concerning is that even after 1 year of being in the pandemic, the Ministry of Education doesn’t seem to have a comprehensive plan on how to address this issue and seem to be reactive in their policies which is shown by the constant “flip-flopping” and sudden last minute decisions leaving parents more concerned and many confused.

Even if there is a reasonable justification from backtracking from the initial decision by the State that schools in Sarawak Covid-19 red Zones would remain closed until March 14, the government should come out and clarify what exactly was that reasoning for them to arrive at the decision to declare those schools safe for opening on an earlier date.

Based on the statement by the Deputy Chief Minister, they made this decision not based on the zoning system but risk assessments by the State Health Department & Education Department.

I believe the public, especially concerned parents have the right to know specifically what the parameters are used in this “risk assessment” for the government to deemed it safe to re-open the schools even in the Red Zones.

This includes the data and different considerations used to determine if it is safe to re-open a school, the reason for switching from “Zoning-system” to another assessment, and of course the additional preparations and safety measures that will be put in place in all those schools to make sure SOP is properly followed by all.

All these details are important to allay any concerns the parents may have of the safety of their children, including the teachers. The parents should be allowed clear information for them to make a proper and informed choice whether to send their children back to school or not.

With that, we can build confidence and acceptance among the parents, and they can then make an informed choice for what is best for their children.

At the end of the day, when it comes to important policies, the government must be transparent and properly explain to the public the justifications of such a decision not just because of the inconvenience that it may cause, but more importantly because it involves the health, security, and education of our children.