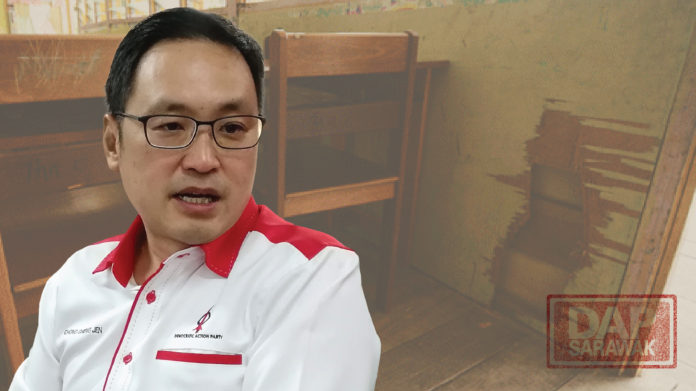 The State Government must give Sarawakians a full explanation on how it comes up with the two ridiculously high budget for the rebuilding and upgrading of the 2 primary schools in Sarawak provided under the State Budget 2020.

In 2018, in the name of upgrading rural schools, the State Government provided in the Budget 2019 the rebuilding of the 2 schools which will be fully funded by the State:

At present, SK Ulu Segan has 270 students while SK Maludam has 347 students.

The total budget of RM101 million can be used for the repair, upgrade and rebuild easily 12 schools of such scales, with the budget of RM8 million per school. In other words, it is 600% over the reasonable costs of building schools.

At this rate of budgeting and spending, no amount of resources and allocation will be sufficient to meet the need for the repair of dilapidated schools. That explains why after 55 years of BN rule, there are more than 1,000 dilapidated schools in Sarawak. How much of the allocation had gone into the private pockets of the past leaders?

If the GPS leaders are still of the mind that the Pakatan Harapan Government will continue to let them spend the way they used to spend, they will be in for a big surprise.

While the PH Government is keen to repair and rebuilt the dilapidated schools in Sarawak, the PH Government will not allow such projects to be made by GPS as their ATM Cash Withdrawal machines as was in the past.